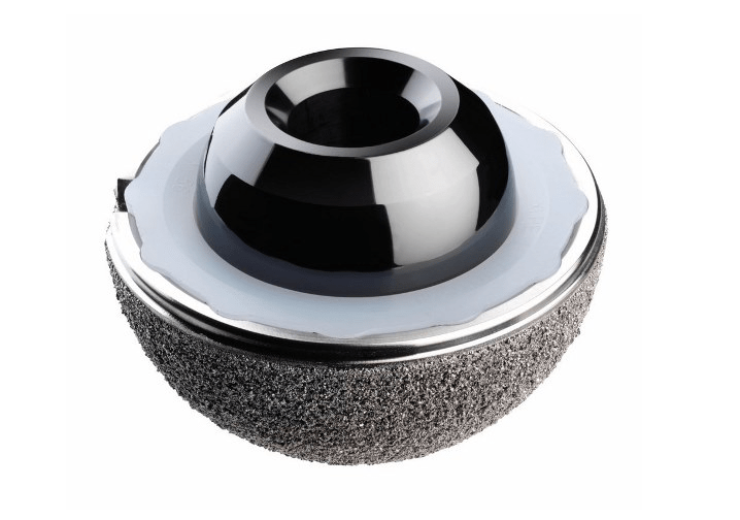 The publication in The Journal of Bone and Joint Surgery Open Access analyses data from the National Joint Registry for England, Wales, Northern Ireland and the Isle of Man (NJR) and concludes that THA procedures using OXINIUM on XLPE were associated with the lowest risk of revision of all bearing combinations for any reason beyond 10 years.

This analysis of more than 400,000 THAs* confirms that procedures using OXINIUM on XLPE showed:

1.96% cumulative incidence of revision at 10 years1 compared with the average of 4.79% for primary hip replacements.2

48% reduction in risk for aseptic loosening compared to metal on XLPE.1

Lowest revision risk vs. all bearing combinations in patients less than 55 years old.1

(*based on UK NJR data analysis of cementless and hybrid THA data.1)

“Total hip arthroplasty using a bearing combination of OXINIUM on XLPE versus traditional ceramic or metal constructs results in greatly improved survivorship and significantly reduced the need for revision,” said Prof. Edward T. Davis FRCS, of The Royal Orthopaedic Hospital NHS Foundation Trust. “Even in the younger more active patients, the results are spectacular, and I am excited to continue using OXINIUM on XLPE to deliver better outcomes for my patients.”

The new analysis of NJR data corroborates a similar report from the Australian Orthopaedic Association National Joint Replacement Registry (AOANJRR), and publications referencing the Italian Registry (RIPO; Register of Orthopaedic Prosthetic Implants) and the Dutch Arthroplasty Register (LROI), which all confirm the positive effect that modern bearing surface combinations like OXINIUM on XLPE have on THA survival.3,4,5

“Registries throughout the world have highlighted the performance of OXINIUM for total hip arthroplasty. This publication is further evidence of the success of our truly differentiated and proven technology,” said Skip Kiil, President of Global Orthopaedics at Smith+Nephew. “THA is considered one of the most clinically successful procedures in modern medicine, and OXINIUM on XLPE continues to raise the bar for acceptable revision rates.”