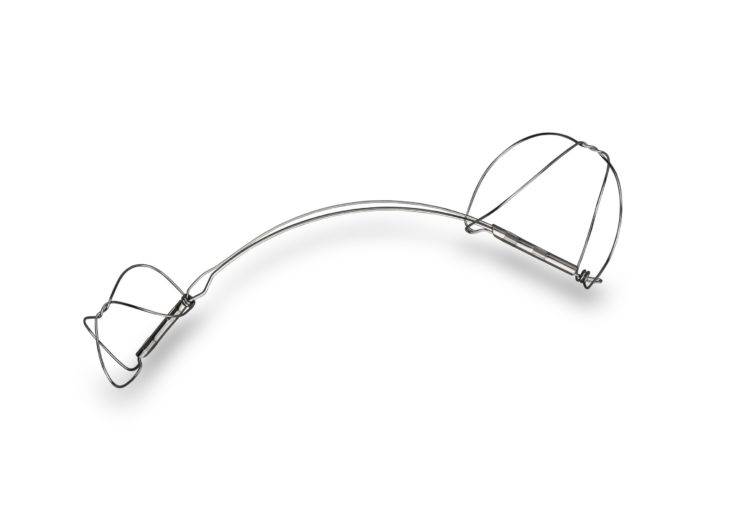 Cardiac Dimensions, a leader in the development of innovative, minimally invasive treatments for functional mitral regurgitation (FMR) in patients with heart failure (HF), today announced the findings of a post hoc analysis of pooled prospectively collected data from three studies of the Carillon Mitral Contour System with a focus on 5-year survival rate and the determinants of long-term survival. The data was presented in a late-breaking trials session at the Cardiovascular Research Technologies meeting (CRT 2020) in National Harbor, MD.

Dr. Janusz Lipiecki, a cardiologist in the Center for Interventional Cardiology of Pôle Santé République in Clermont-Ferrand, France, presented the data on behalf of all TITAN, TITAN II and REDUCE FMR clinical study investigators and commented, “The recent publication of the REDUCE FMR data demonstrated a significant reduction in regurgitant volume and favorable left ventricular remodeling1, confirming the results from prior studies, yet questions remained about the long-term impact of the Carillon device.” He continued, “As an investigator, I am proud to present the results of this analysis demonstrating that patients with heart failure and moderate-to-severe FMR who underwent transcatheter mitral valve repair with the Carillon device, had a favorable 5-year survival rate which was associated with changes in clinical and hemodynamic parameters during the first year of follow-up.”

A total of 74 patients from the TITAN, TITAN II and REDUCE FMR clinical studies who had symptomatic congestive heart failure despite guideline-directed medical therapy, grade 2+ to 4+ FMR, left ventricular enlargement, and reduced ejection fraction were assessed as part of the analysis. For all patients, echocardiographic parameters were available through the 12-month visit and vital status was available through 5 years. The association of patient characteristics and changes in echocardiographic parameters at 6 and 12 months with long-term survival was analyzed using Cox proportional hazards regression. Key findings from the analysis include:

Primary determinants of long-term survival were a decrease in NYHA class, an increase in 6-minute walk test distance, and a decrease in regurgitant volume during the first year of follow-up. 2

Three-year mortality rate compared to published outcomes of COAPT and guideline directed medical therapy (GDMT), using matched patient populations, was 33.7% for Carillon, 42.8% for MitraClip in COAPT and 55.5% for GDMT

“Mitral regurgitation in the context of heart failure is strongly associated with increased morbidity and mortality,” commented Steven L. Goldberg, MD, Tyler Heart Institute, Community Hospital of the Monterey Peninsula and Chief Medical Officer at Cardiac Dimensions. “We continue to see a growing body of evidence demonstrating the consistent effectiveness and safety of the Carillon System. The long-term data presented today suggests the primary clinical benefit of percutaneous mitral valve repair may be enhanced after the ventricle has had some time to remodel.” He continued, “We have consistently seen improvements in left ventricular dimensions, which typically is associated with mortality benefits. One would therefore anticipate long-term benefits from a decrease in LV volume overload, and these data are supportive.”

Gregory D. Casciaro, President and CEO of Cardiac Dimensions, commented, “This analysis of three important FMR clinical studies is the first to look at five-year follow-up and brings new insights into the long-term role of percutaneous treatment.” He continued, “We are pleased the results confirm a favorable long-term mortality benefit of the Carillon System, supporting the significant improvement in MR and favorable remodeling of the left ventricle, as shown in REDUCE FMR. This reaffirms the effectiveness and safety of the Carillon System and underlines the value of early treatment to slow the deterioration of heart failure.”

An estimated 26 million people, worldwide, suffer from heart failure and of those, approximately 70 percent have FMR. Heart failure is a significant clinical and economic burden with direct and indirect costs expected to grow to $70 billion by 2030.