Masimo announced the findings of a series of four clinical cases, recently published in the Canadian Journal of Anesthesiology, in which researchers at the University of Montreal found that combined use of Masimo SedLine brain function monitoring and O3 regional oximetry assisted their understanding and management of cerebral desaturations during cardiac surgery. 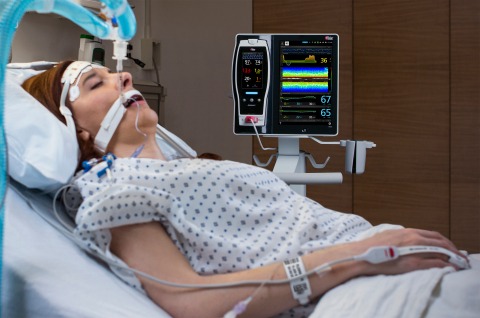 In this series of case studies, they describe the impact of combining the modalities on the clinical management of four patients undergoing cardiac surgery. The researchers then outline a series of scenarios that enumerate possible causes of desaturation based on various combinations of changes in NIRS and pEEG, as well as changes in related monitoring data available via SedLine, such as the density spectral array (DSA) and spectral edge frequency (SEF).

Possible causes include a change in cerebral blood flow, cerebral hypoperfusion, cardiogenic shock, hypoxemia, a change in the anesthetic state, hyperthermia, and seizure. In the four cases, more insight into the likely cause of a desaturation episode helped guide how clinicians responded during surgery.

The researchers concluded, “Combining both NIRS and pEEG allows for a much more nuanced understanding of the etiology of cerebral desaturation. Future studies are needed to investigate if the combination of both modalities is more prognostic than each alone. Every cerebral oxygen desaturation is not equal.”

Dr. Denault commented, “By combining NIRS and pEEG we were able to have a better appreciation of the significance of brain desaturation, and using Masimo O3 and SedLine in particular to obtain those measurements provided a number of advantages. The additional brain monitoring parameters available through Masimo SedLine, such as the DSA and SEF, play an important role in our protocol, helping to provide additional insight.

“And, perhaps most significantly, both SedLine and O3 can be used simultaneously on the same Masimo Root monitoring hub, making it easier to view and interpret the combined data and thus streamlining our use of the desaturation protocol and workflow during surgery.”