The antibacterial coating created by Russian scientists could help to control infection in procedures involving implants, the main cause of implant failure 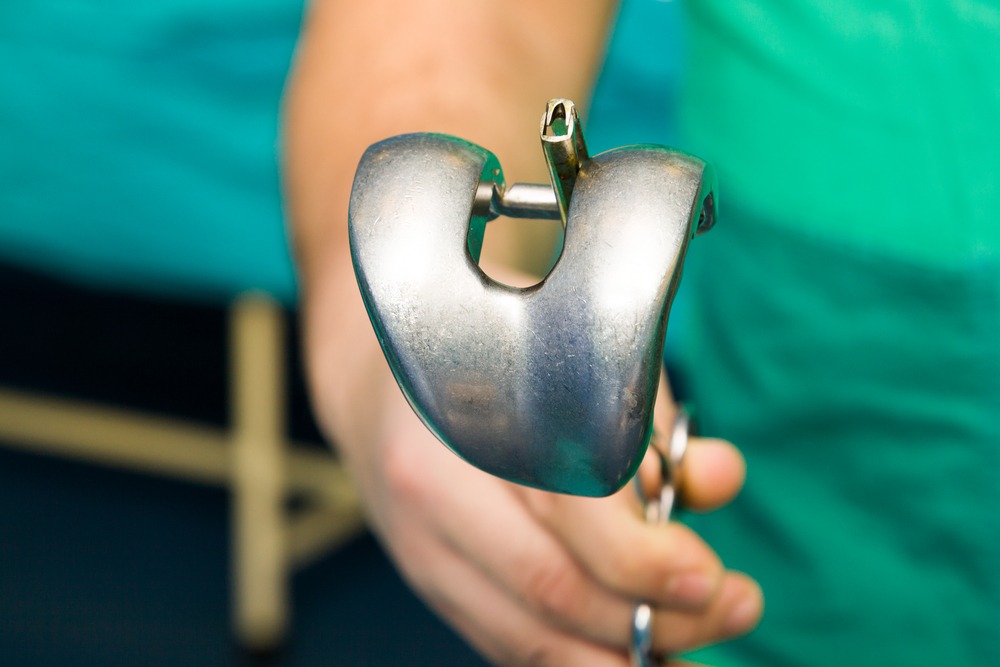 Antimicrobial coatings reduce the risk of rejection for arthroplasty devices like this knee implant (Credit: Shutterstock/Lighthunter)

Infection is currently the most common reason that implants are rejected during arthroplasty or osteosynthesis procedures – but a new antibacterial coating could reduce the rate of failure.

A 2019 paper on the subject says that in the US, prosthetic joint infection affects between 0.5% and 15% of patients undergoing primary or revision joint arthroplasty.

For Surgical site infection after internal osteosynthesis for closed fractures the rate of infection ranges between 0.5% to 10%, and increases to 50% for open fractures.

But a research team in Russia may have found a way to integrate antibiotics and antibacterial coatings into a product to tackle the problem on two fronts.

At the Russian National University of Science and Technology (NUST MISIS), a group of young researchers designed a multilayer antibacterial coating that has a prolonged effect and a universal spectrum of action.

The coating is based on modified titanium oxide and several antiseptic components. The coatings can be used in modern implantology as a protective layer for the prevention of inflammation caused by nosocomial infection – meaning infections contracted in hospital – that can lead to implant rejection.

The results of the work have been published in the international scientific journal Applied Surface Science.

How does the antibacterial coating for implants help stave off infection

Antibacterial coatings have been researched for some time now, and the search for alternatives to traditional antibiotics continues.

But a surface that is biocompatible, bioactive and antibacterial is something the scientific community has yet to achieve – until now.

Young scientists from the NUST MISIS Laboratory of Inorganic Nanomaterials created an innovative multilayer coating that synthesizes the protective properties of nanoparticles, biopolymers, anticoagulants and antibiotics.

The antibiotic and silver nanoparticles provide an antibacterial effect, while heparin prevents bacterial cells from sticking to the tissue surface, which reduces the amount of antibacterial agent required.

Lead author of the research, Elizaveta Permyakova, said: “The method of obtaining a multilayer coating is a combination of several technologies: first, using magnetron sputtering, a thin bioactive nanostructured coating of the TiCaPCON composition was obtained, then silver particles were introduced into the coating by ion implantation, then a biopolymer layer, which plays the role of a carrier for bactericidal molecules of heparin and gentamicin in the preparation, was applied.”

How did the coatings perform under scrutiny?

The chemical composition of the resulting coating layers was carefully studied by the developers using infrared and X-ray photoelectron spectroscopy.

Together with colleagues from the State Research Center for Applied Microbiology and Biotechnology, the scientists studied the effect of each type of the antibacterial component (silver ions, gentamicin and heparin) on the antibacterial activity and biocompatibility of the obtained coatings.

The results of in-vitro studies showed cellular compatibility and demonstrated excellent (up to 99%) bactericidal efficacy of the coatings against the antibiotic-resistant E. coli bacterial strain.

According to the developers, the coatings can be used as an antibacterial implant modifier, allowing it to accelerate implantation by reducing the risks of associated inflammation and stimulating the growth of osteoblastic cells, which are vital in bone repair.

“The combination of several bactericidal fillers and silver ions with a bioactive coating made of titanium oxide modified with calcium and phosphorus ensured biocompatibility and a long – up to 7 days – antibacterial effect of the resulting coatings,” explained Permyakova.

The Russian researchers are currently planning to move to the preclinical development stage to further test their antibacterial coating.