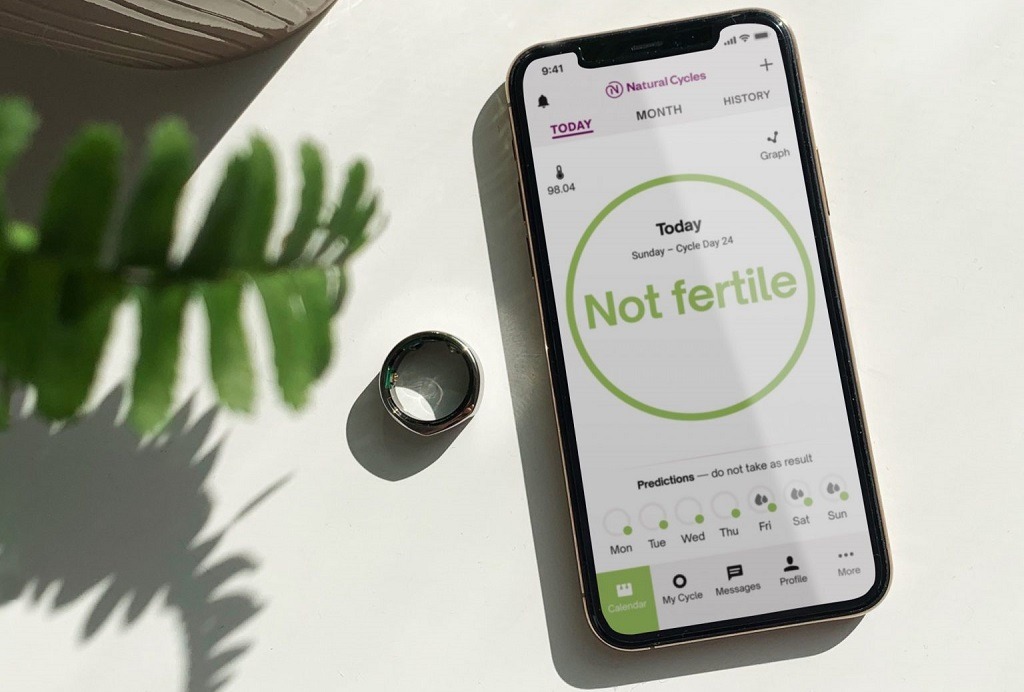 The Oura Ring is the only validated wearable that works with the app (Credit: Natural Cycles)

Drug-free contraception firm Natural Cycles says it has expanded the capability of its fertility-tracking app to work with certain wearable technologies.

So far it has only listed the sleep and activity tracking Oura Ring as part of a beta test for the new functionality, but claims its app will work with other third-party wearables too.

The company has submitted a 510(k) Premarket Notification to the FDA for approval before the new functionality can be rolled out across all customers.

Natural Cycles co-founder and CEO Elina Berglund Scherwitzl said: “For years we’ve been looking to create a more seamless measuring experience for our users and we were thrilled with the results from using our new software with temperature data from popular wearables.

“We know our users love having a hormone-free birth control option and we are excited to give them additional measuring options that many already have, given a large number of our users own a wearable device.”

Natural Cycles is both FDA-approved and CE marked as a medical device, and clinical studies have shown it is 93% effectively as a method of contraception – equal to pharmaceutical drugs but less effective than an intrauterine device (99%).

How does Natural Cycles work?

During the menstrual cycle, women’s temperatures rise after ovulation and then fall slightly when their next period comes, due to a change in their body’s hormone levels.

Natural Cycles uses an algorithm that analyses the temperature of customers as well as the period data they input to find their unique ovulation pattern, and they can also give the algorithm a boost by taking optional tests for the luteinizing hormone commonly used as an ovulation predictor.

The algorithm then takes into account other factors like sperm survival, temperature fluctuations, and cycle irregularities to identify ovulation and calculate red or green days – those in which customers are infertile or fertile, respectively.

Users currently have to take their temperature daily for best results, using a basal thermometer device and entering the figure into the app where it’s analysed and a red or green signal is given.

But after testing the capabilities of the Oura Ring – which is currently being used by some customers in a private beta test – Natural Cycles is trialling other wearables as a way to leapfrog this stage and make the service more convenient.

According to a company spokesperson, the most important data they need as they test other wearables is to be able to extract a stable enough nightly temperature and resting heart rate.

Due to being a regulated medical device, each wearable has to be validated individually before it can be leveraged by the Natural Cycles app.