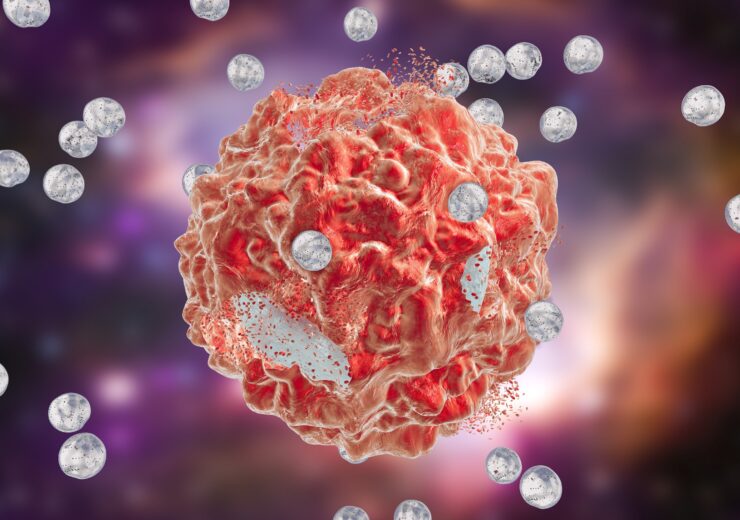 Current microscope technologies are only able to precisely observe objects with a diameter of 100-to-200 nanometres (Credit: Kateryna Kon/Shutterstock)

A new optical imaging technology could allow nanoparticle objects as small as 25 nanometres in diameter to be viewed precisely for the first time.

Scientists from the universities of Houston and Texas have reported using an innovation that relies upon unscattered light to detect, count and even determine the size of individual nanoparticles.

The novel technology is known as PANORAMA (plasmonic nano-aperture label-free imaging), and uses a glass slide covered with gold nanodiscs to monitor changes in the transmission of light.

It is believed PANORAMA could overcome existing limitations on nanoparticle imaging, and offer advantages in fields like diagnostics by allowing researchers to study viruses and other molecules more precisely.

Details of these findings were published earlier this week in scientific journal Nature Communications, in a paper co-written by Wei-Chuan Shih, professor of electrical and computer engineering at the University of Houston.

According to Prof Shih, the smallest transparent objects a standard microscope can image are between 100 nanometres and 200 nanometres in diameter, mainly due to the fact that nanoparticles smaller than this don’t reflect, or ‘scatter’ enough light to allow current microscope technologies to detect them.

PANORAMA overcomes this hurdle by using unscattered light instead – but, despite this achievement, Prof Shih believes the potential PANORAMA may hold has not yet been fully realised.

“The size limit has not been reached, according to the data,” he added.

“We stopped at 25 nanometre particles simply because that is the smallest polystyrene nanoparticle on the market.”

Removing the need for labelling in nanoparticle imaging

Labelling is another commonly-used technique in the process of nanoparticle imaging.

It requires researchers to know something about the particle they are studying – for example, that a virus has a spike protein – and engineer a way to tag that feature with fluorescent dye or some other method in order to more easily detect the particle.

But labelling has its own drawbacks, one of which is the fact that it can only be used if researchers are already aware of the feature they want to label.

“With PANORAMA, you don’t have to do the labelling,” Prof Shih said.

“You can view it directly because PANORAMA does not rely on detecting the scattered light from the nanoparticle.”

Instead, the novel technology allows scientists to detect a transparent target as small as 25 nanometers by monitoring light transmission through the gold nanodisc-covered glass slide and, by monitoring changes in the light, they are able to detect nearby nanoparticles.

There is also no need for the lasers or interferometers – which mostly use electromagnetic waves – that are required when using many other label-free imaging technologies.

PANORAMA has been tested using a standard bright-field microscope, which can be found in most standard laboratories.