A team from Massachusetts Institute of Technology’s (MIT) Computer Science and Artificial Intelligence Laboratory (CSAIL) has developed a wireless system, which suggests future where doctors could implant sensors to track tumors or even dispense drugs. 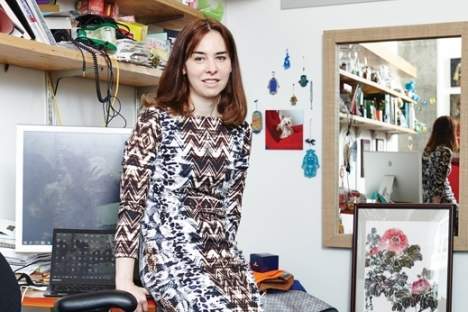 The ReMix device was developed in partnership with researchers from Massachusetts General Hospital (MGH).

The device can pinpoint the location of ingestible implants in the body using low-power wireless signals. The implants could be used as small tracking devices for tracking the tumors.

The team led by Dina Katabi has demonstrated that they can track implants with centimeter-level accuracy and it believes that one day, similar implants could be used for delivering drugs to specific regions in the body.

The team described the system in a paper that’s being presented at this week’s Association for Computing Machinery’s Special Interest Group on Data Communications (SIGCOMM) conference in Budapest, Hungary.

To test the device, the team had first implanted a small marker in animal tissues. To track its movement, the researchers used a wireless device that reflects radio signals off the patient.

This is based on wireless technology that the researchers previously demonstrated to detect heart rate, breathing and movement. An algorithm uses the signal to pinpoint the exact location of the marker.

But, the marker inside the body does not need to transmit any wireless signal. It will reflect the signal transmitted by the wireless device outside of the body. Hence, it does not need a battery or any other external source of power.

One of the main challenges in using wireless signals in this way is the many competing reflections that bounce off a person’s body. In fact, the signals that reflect off a person’s skin are 100 million times more powerful than the signals from the metal marker itself.

To overcome this challenge, the team designed an approach that can separate the interfering skin signals from the ones they’re trying to measure. They used a small semiconductor device called a ‘diode’ that mixes signals together so the team can then filter out the skin-related signals.

The team stated that a potential application for the device is in proton therapy, a type of cancer treatment that involves bombarding tumors with beams of protons.

The approach allows doctors to prescribe higher doses of radiation, but require a high degree of precision, which means that it is limited to only certain cancers.

Success of the proton therapy treatment hangs on an unreliable thing, which is the tumor staying exactly where it is during the radiation process. If the tumor moves, then healthy areas could be exposed to the radiation.

But with a small marker such ReMix’s doctors can pinpoint the location of a tumor in real-time and either pause the treatment or steer the beam into the right position.

The team reiterated that ReMix is not yet accurate enough to be used in clinical settings. It will take time before the margin of error is close to a couple of millimeters for actual clinical implementation.

The University of Illinois electrical engineering and computer science professor, who was also involved in the project, Romit Roy Choudhury said: “The ability to continuously sense inside the human body has largely been a distant dream. One of the roadblocks has been wireless communication to a device and its continuous localization. ReMix makes a leap in this direction by showing that the wireless component of implantable devices may no longer be the bottleneck.”