A research team from the Massachusetts Institute of Technology (MIT) in the US has devised a new way to deliver antibiotics against tuberculosis (TB) , which is one of the world’s deadliest infectious diseases. 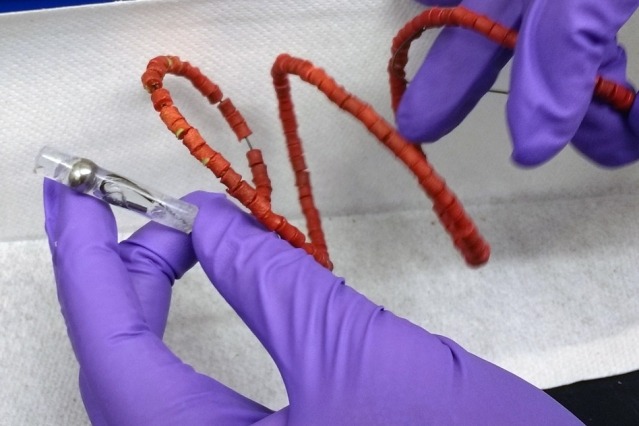 MIT said about one third of world’s population is affected by the deadly infectious disease and one of the main reasons TB is so pervasive is that the treatment needs six-month course of daily antibiotics, which is difficult for about half of all the patients to adhere to, especially in rural areas, where there is a limited access to medical facilities.

To overcome this problem, the team developed a system, where a coiled wire loaded with antibiotics is inserted into the patient’s stomach through a nasogastric tube. Once in the stomach, the device slowly releases antibiotics over one month, eliminating the need for patients to take pills on a daily basis.

MIT Department of Mechanical Engineering assistant professor and Brigham and Women’s Hospital gastroenterologist Giovanni Traverso said: “Having a system that allows you to ensure the patient receives the full treatment course could be really transformational.

“When you consider the situation with tuberculosis, where you have multiple grams of antibiotics that have to be taken every day, for many months, we need another solution.”

Traverso and MIT, the David H. Koch Institute Professor Robert Langer are the senior authors of the study. MIT graduate student Malvika Verma is the lead author for the study.

For several years, Traverso and Langer have been working on a wide range of pills and capsules that can remain the stomach and slowly release medication. This kind of drug delivery, could improve treatment for many chronic diseases that need daily doses of medication.

One of their capsules has shown promise for delivering small amounts of drugs for treating HIV and malaria. After the capsule is swallowed, its outer coating dissolves, allowing six arms will expand and device can lodge in the stomach. The device can carry about 300mg of drugs, which is enough for a week’s worth of HIV treatment.

But, it falls short of the ‘payload’ when it comes to treating tuberculosis, where 3mg of antibiotics is needed daily.

The new device is a thin, elastic wire made of nitinol, an alloy of nickel and titanium that can change its shape based on temperature. Researchers can add up to 600 doses of various antibiotics along the wire and the drugs are packaged in polymers which can be tuned to control the rate of drug release once the device enters the stomach.

The wire is delivered in a patient’s stomach via a tube inserted through the nose, which is regularly used in hospitals for the supply of medications and nutrients.

As part of the study, the researchers interviewed nearly 300 tuberculosis patients in India and most said that such a delivery device would be acceptable for long-term treatment.