As part of his treatment, cardiologist Margaret Rasouli placed Hal on a blood thinner that helps prevent stroke and heart attack 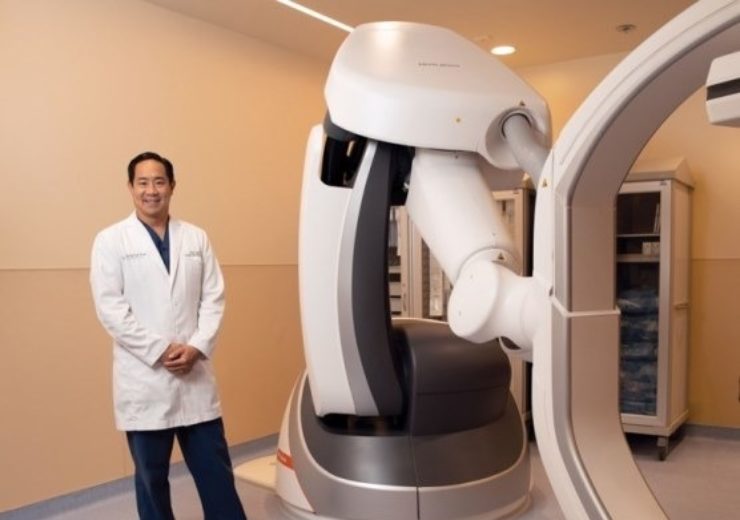 “When I have challenges with my health, the first thing I think about is my dogs – what would happen to them? Luckily, I’ve always had top doctors at Saddleback who are up on the latest procedures. Everything’s gone smooth as silk,” says Hal, who had the groundbreaking TCAR procedure at MemorialCare Saddleback Medical Center.

As part of his treatment, cardiologist Margaret Rasouli, M.D, placed Hal on a blood thinner that helps prevent stroke and heart attack. She ordered an ultrasound of his carotid arteries that lie on either side of the neck and extend from the aortic arch –just above the heart to the base of the skull delivering oxygenated blood to the brain. If blocked, a potentially life-threatening stroke may occur.

The ultrasound showed substantial build-up of plaque (fatty deposits) in the left carotid artery. As people age, blood vessels become less flexible and thicker which can lead to a build-up of plaque. Undermanaged conditions like obesity, diabetes, high blood pressure, high blood fat levels, sleep apnea and tobacco use contribute to the damage.

With the gold standard of intervention, carotid endarterectomy (CEA), surgeons access the carotid artery through a four to seven-inch incision in the neck and remove plaque inside. While the procedure itself carries a low stroke risk, it requires general anesthesia, which can be too risky for some patients.

An alternative is a minimally invasive balloon angioplasty and stenting procedure. Using local anesthesia, a thin catheter with a deflated balloon at the end is inserted through the femoral artery near the groin and threaded up to the blockage in the neck. The balloon is inflated, pressing the plaque against the inner walls of the artery. A micromesh tube, or stent, is inserted to hold it in place, ensuring the artery remains open. Though less invasive, it can cause tiny pieces of plaque to break off and travel to the brain, increasing stroke risk.

With TCAR’s 2018 FDA approval, Dr. Teng could offer Hal some advantages of open surgery while performing the less-invasive balloon angioplasty and stenting procedure.

“During open surgery, the carotid artery is clamped above and below the blockage to protect the brain from plaque fragments that might break off and flow upstream while we’re working,” says Dr. Teng. “During TCAR, we don’t stop blood flow; we reverse it. Stray bits of plaque are drawn away from the brain and filtered out.”

Instead of entering the arterial system through the femoral artery, a small incision is made at the base of the neck. The surgeon places a soft, flexible sheath directly into the artery and connects the other end to a small external device that diverts flow of blood away from the brain. The blood is filtered and returned through a second sheath placed in the thigh’s femoral vein. Angioplasty and stenting typically takes less than 10 minutes, after which the device is switched off and blood flow returns to normal.

Hal underwent TCAR last December. After one night in the hospital, he soon returned to his normal routine, caring for nine dogs and multiple litters of puppies.

“I feel lucky to have been a candidate for TCAR. The shorter recovery time meant that I was able to return home to my dogs sooner,” says Hal. “I just can’t thank my doctors at Saddleback enough for bringing me back to good health.”

Vexos to manufacture and deliver 10,000 MVM Ventilators to the Government of Canada in its national mobilization to combat the COVID-19 pandemic

Vexos to manufacture and deliver 10,000 MVM Ventilators to the Government of Canada in its national mobilization to combat the COVID-19 pandemic