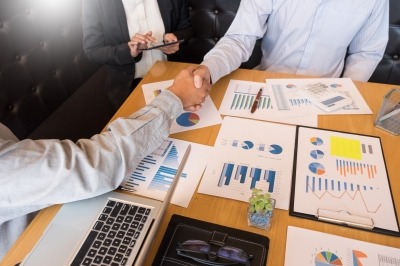 MedX has previously signed an exclusive distribution agreement for Brazil with CBD Vida LTDA, a Partner of Group Vida. The process for regulatory approval in Brazil is proceeding extremely well according to Peter Abboud, Group Vida’s CEO. “The Brazilian team has already received strong expressions of interest for MedX’s technology once regulatory approval has been granted,” noted Mr. Abboud. “CBD Vida has worked very effectively with the Brazilian Health Ministry and private health insurers to garner strong support of MedX’s offering”. According to published research, skin cancer is caught in the later stages in Brazil, and the need for early detection is an issue that is top of mind with the Health Ministry. MedX’s DermSecure technology is focused on early detection and seen as a way of preventing and reversing this trend.

Group Vida and its associates have experience in marketing and deploying medical devices and healthcare solutions globally. Group Vida has been actively premarketing MedX’s technology with their healthcare networks in the USA, Canada and Israel. The results of this marketing effort have identified a number of large distribution partners, pharmacies and healthcare facilities with which Group Vida already has a working relationship. “MedX was pleased to continue to deepen the partnership with Group Vida given their strong interest and understanding of Dermsecure and their large network of potential customers,” commented Scott Spearn, MedX’s President and CEO.

Group Vida’s CEO, Peter Abboud stated, “The acceptance of MedX’s technology with our existing healthcare network has been overwhelming. Skin Cancer is becoming an epidemic as the population ages and having a point of care technology that offers a rapid assessment for skin cancer fits with the new digital healthcare model. Group Vida exists to bring leading, impactful solutions to our vast Healthcare network and MedX’s DermSecure skin assessment platform and its scalability allows us to bring this unique offering to our larger existing customers.”