Researchers from Iwate Medical University of Japan have conducted a study to evaluate the ability of Masimo’s ORi (Oxygen Reserve Index) in providing early detection of blood oxygenation decrease during one-lung ventilation (OLV). 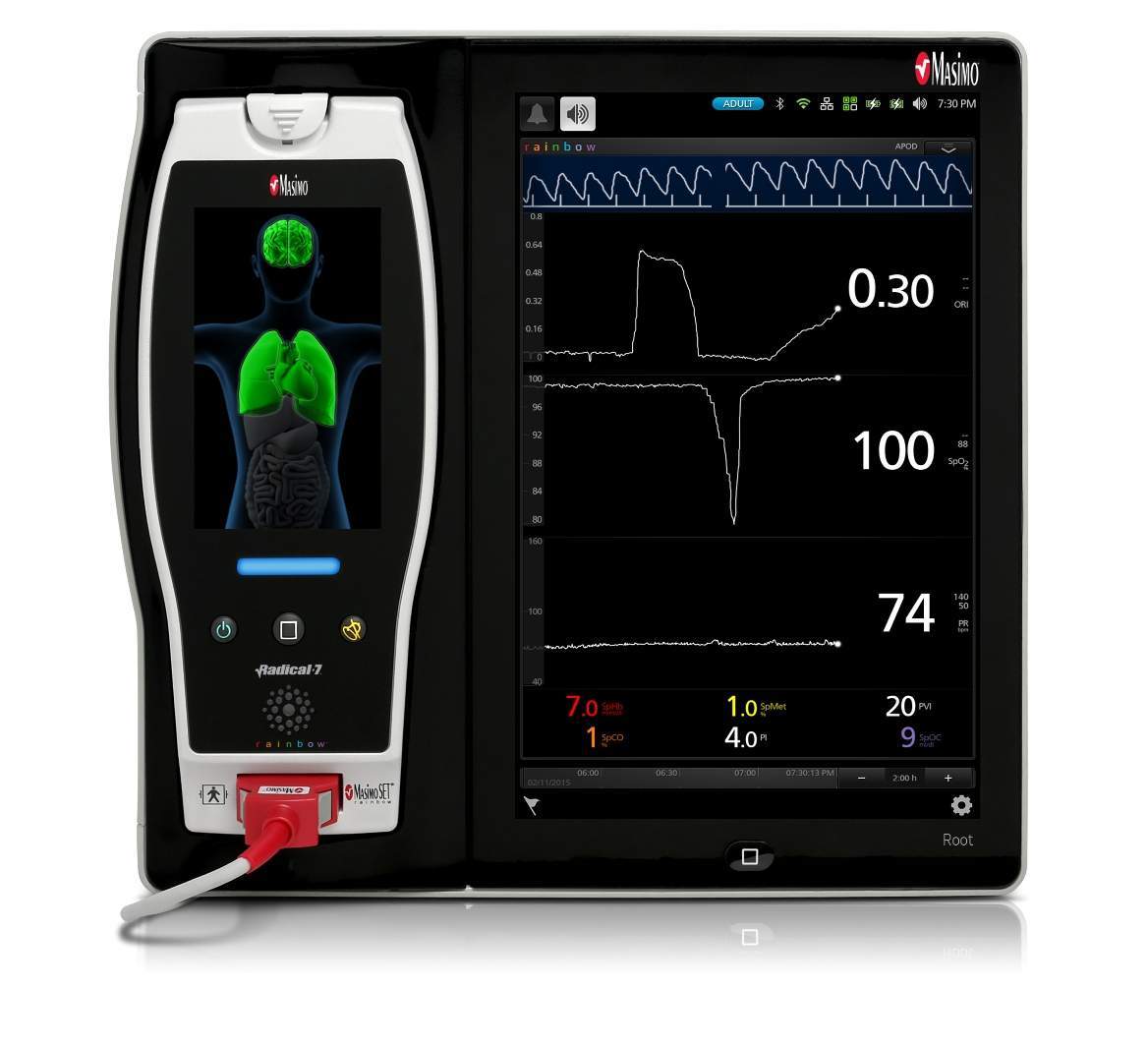 The study was conducted by a team including Dr. Koishi and colleagues. The team sought to assess whether ORi could serve as an early warning of desaturation in patients undergoing OLV, as patients often prone to hypoxemia.

ORi is a noninvasive, relative indicator of patient’s oxygen reserve in moderate hyperoxic region (partial pressure of oxygen in arterial blood [PaO2] between the ranges of 100 and 200 mmHg).

ORi can be trended as an ‘index’ parameter with a unit-less scale between 0 and 1. The system has optional alarms to notify clinicians to changes in the patient’s oxygen reserve.

The research team evaluated whether ORi decreased earlier than standard oxygen saturation (SpO2) during OLV and evaluated how well ORi correlated with an invasive PaO2 measurement.

ORi and SpO2 were measured every two seconds using a Masimo Root with Radical-7 Pulse CO-Oximeter and rainbow sensors.

PaO2 was calculated as part of blood gas analysis and performed every three minutes during OLV, which resulted in 101 pairs of measurements.

The study found that the from the start of OLV, ORi started decreasing significantly sooner than SpO2 with a mean of 171 seconds, compared to a mean of 372 seconds with p<0.01 (standard deviation of 102 and 231 seconds, respectively). They also found “a significant, strong correlation” between ORi and PaO2: r2=0.671 with p<0.01.

The research team said: “ORi decreased significantly earlier than SpO2 during OLV, suggesting that monitoring ORi might allow earlier detection of a deterioration of blood oxygenation than monitoring SpO2 alone, contributing to a reduction in the patient’s risk of exposure to complications from OLV. However, further studies in different clinical and experimental settings are needed to evaluate the superiority of the ORi over SpO2.”

USFDA clearance is still pending for Masimo’s ORi and yet to be available for sale in the US.