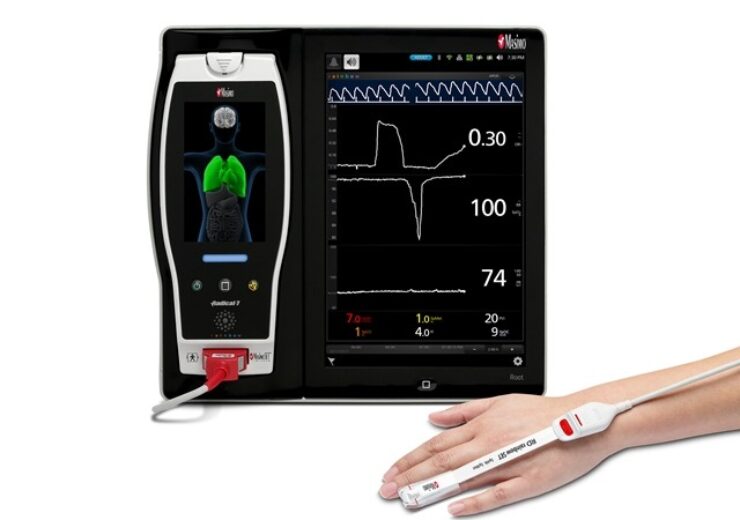 Masimo announced that a prospective and blinded observational study has demonstrated that its Masimo ORi holds the ability to facilitate preventive action against hypoxemia.

Dr. Jean-Baptiste Lascarrou and his team assessed the capability of Masimo ORi for the prediction of mild hypoxemia during endotracheal intubation (ETI) in ICU patients.

Based on the data, the researchers concluded that the time between decrease in ORi and subsequent decrease in oxygen saturation (SpO2) is expected to provide preventive action and a higher ORi value during preoxygenation was independently protective against hypoxemia.

Available outside the US, ORi is a noninvasive and continuous trending index that enhances oxygen monitoring on patients on supplemental oxygen.

The researchers decided to assess whether ORi could provide early warning of impending hypoxemia during the procedure, as optimisation of preoxygenation is important for patients requiring ETI.

Of the 51 patients who achieved the inclusion criteria, ORi was monitored using Masimo Radical-7 Pulse CO-Oximeters and rainbow fingertip sensors when preoxygenation started.

The time between ORi decreasing below 0.4 and the onset of mild hypoxemia was measured as the primary endpoint.

The investigators also assessed whether a decline in ORi during preoxygenation predicted the occurrence of mild hypoxemia during ETI.

According to the company, the researchers concluded that the median time between the ORi decrease below 0.4 and the SpO2 decrease below 97% during the apneic period was 81 seconds and a higher ORi during preoxygenation was independently associated with a lower risk of mild hypoxemia.

In a statement, researchers said: ORi monitoring can help identify patients who do not increase their oxygen reserve despite preoxygenation and are therefore at [increased] risk of desaturation during ETI. These patients may benefit from a longer preoxygenation period and/or a change in device.”

Masimo ORi has not yet secured 510(k) clearance from the US Food and Drug Administration (FDA), and is not commercialised in the US.