The innovative device, which uses pulse-wave patterns to estimate carbohydrate metabolism, has been named Grand Prix Runner-Up for 2019 CEATEC Award in the Smart X category 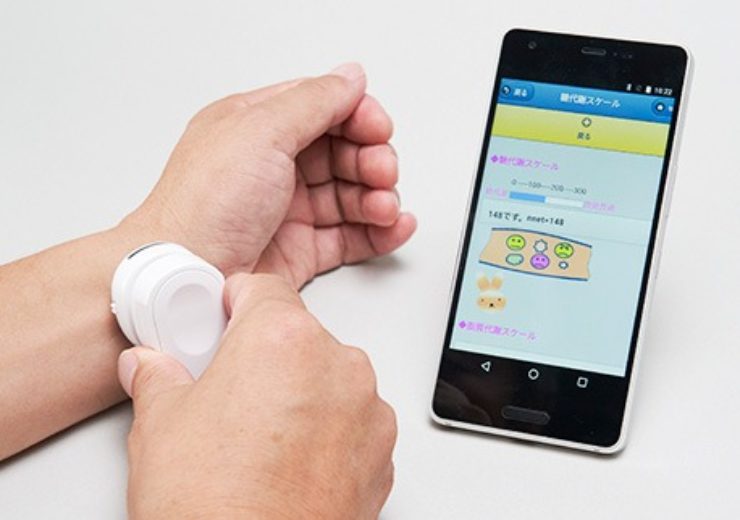 The carbohydrate monitoring system was unveiled at CEATEC 2019 in Japan and the company plans to commercialise the device in 2020 with applications including dietary support and managing pre-diabetic conditions.

The carbohydrate monitoring system was named the Grand Prix Runner-Up in the Smart X category at the 2019 CEATEC Awards.

Kyocera Medical R&D Centre engineer Hiromi Ajima said: “We are honored to be recognized with such a prestigious award at CEATEC 2019. Using just this simple device with your smartphone can provide you with better information about your health and help you achieve a higher level of wellness.”

The new carbohydrate monitoring system has been designed to estimate carbohydrate metabolism based on measurements of pulse-wave patterns from the user’s heartbeat.

Kyocera claimed that the carbohydrate monitoring system is the first portable wellness device in the world, intended for estimating carbohydrate metabolism through pulse-wave pattern analysis using a gyro sensor.

Once the user touches the device to the wrist, the system takes approximately eight seconds to measure the pulse waves and estimate carbohydrate metabolism in the blood, and the result is visualised through a smartphone.

The monitoring system uses a gyro sensor, which is commonly used in everyday electronic devices such as smartphones. The company expects to offer the device at an affordable price after commercialisation.

Kyocera said that it has secured the Grand Prix Runner-Up position in the Smart X category at the 2019 CEATEC Awards, which includes solutions, business models, technologies, products, services, software, and applications.

Movano teams up with GF to commercialise needleless CGM technology

Movano teams up with GF to commercialise needleless CGM technology