CytoSorbents announced that the Medical Device Division of the State of Israel Ministry of Health medical device regulation unit (AMAR), has granted registration of CytoSorb in Israel, clearing the way to begin selling the device in the country. 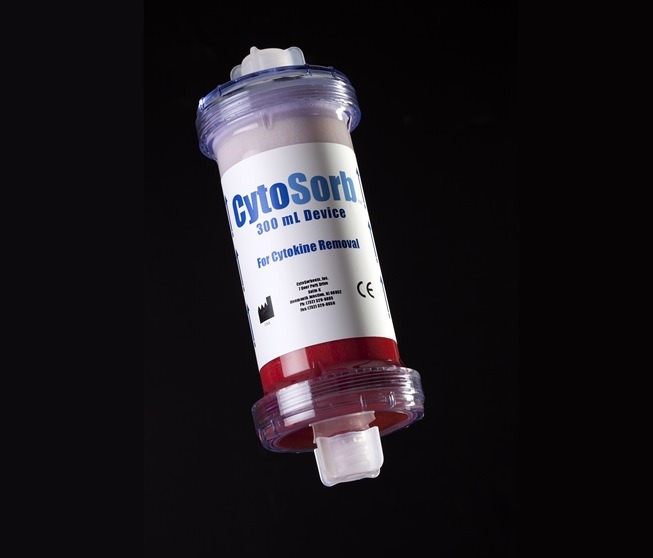 Mr. Vincent Capponi, Chief Operating Officer of CytoSorbents stated, “We are pleased to bring CytoSorb to Israel, a country well-known for its excellent medical practices, especially in critical care and cardiac surgery, and the development and adoption of new medical technologies.”

CytoSorbents also announced its new Israeli distributor, Gad Medical, who will have exclusive rights to sell CytoSorb for all applications in Israel.  Mr. David Frances, CEO of Gad Medical stated, “Now that CytoSorb is registered in Israel, we are excited to work with CytoSorbents on the launch of CytoSorb in the country. Gad Medical specializes in selling cardiovascular medical devices as the exclusive distributor for Terumo Cardiovascular in Israel, and distributes many new and innovative medical devices in other medical fields.  Because of this, we believe we are ideally suited to promote and sell CytoSorb in the country.”

Israel has a population of approximately 9 million people, and has one of the largest healthcare systems in the Middle East, spending 7.6% of its gross domestic product (GDP) on healthcare each year.  Its citizens are served by 44 general hospitals and the most physicians per capita in the world.  All citizens are covered by universal healthcare insurance, administered by one of four national healthcare institutes, and often supplement this universal coverage with private insurance.  In 2015, the Israeli Ministry of Health estimated that sepsis was the 6th leading cause of death in the country, costing approximately $1.8 billion per year to treat.  According to the Israel Heart Society, heart disease is the second leading cause of death in the country.  More than 10,000 cardiothoracic surgeries are performed each year at 13 medical centers.