IntraOp's mobile electron beam linear accelerator has been equipped with an ultra-high dose rate mode, as an integral part of ongoing research and developments in FLASH radiotherapy 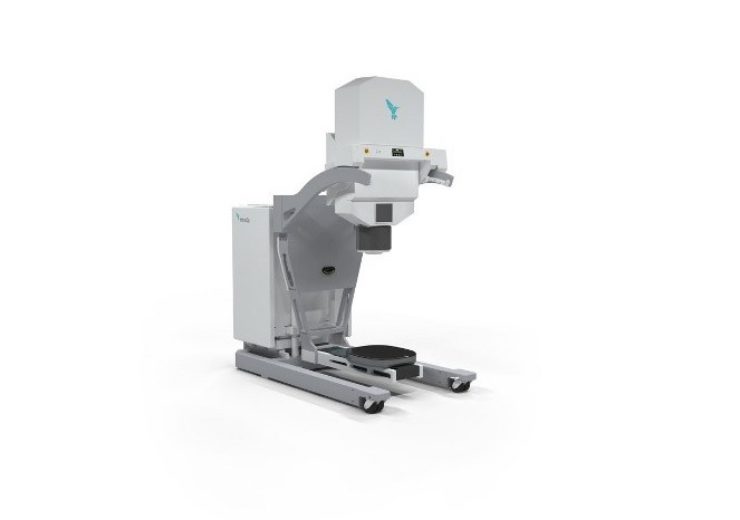 The Lausanne University Hospital (CHUV) and IntraOp Medical Corporation have announced a research and development collaboration to accelerate the development of FLASH radiotherapy toward first human trials.

Today, two out of ten people can expect to receive radiotherapy for the treatment of cancer in their lifetime. Amidst this population, up to 40% of cancers treated will nevertheless prove resistant to current standard care. FLASH radiotherapy is a new form of treatment, exceptional in that it is delivered in a few milliseconds, instead of minutes. It provides a remarkable sparing of healthy normal tissues, while maintaining intact its level of therapeutic effect on tumors.

IntraOp’s mobile electron beam linear accelerator has been equipped with an ultra-high dose rate mode, as an integral part of ongoing research and developments in FLASH radiotherapy.  The new technology leverages the company’s core technology and demonstrated 20-year track record in manufacturing compact medical-grade linear accelerators. The prospect of adding FLASH capability to our portfolio of image-guided electron IORT and electrons for dermatology applications is a compelling pathway for these modalities to advance into the future. It allows us to add long-term continued value to an already advanced portfolio of technologies in this new era of value-based medicine in radiation oncology,” stated Ken Brooks, Ph.D., Vice President Corporate Strategy and Sales.

Scientists and clinician-researchers from CHUV are recognized thought-leaders in the biological phenomenon now commonly known as the FLASH effect. They first recognized its potential in 2014 and went on to propose its pivotal biological mechanisms in 2017. The following year, the FLASH therapy team, led by Prof. Jean Bourhis, head of radiation oncology at CHUV, successfully administered FLASH therapy to a human patient, a world-first. Numerous groundbreaking studies in veterinarian applications as well as results of the first human treatment were published in parallel. “The CHUV is centered on clinical excellence and patient-centric care. These values, together with the opportunities for collaboration and development that the region offers, allow us to attract leading world experts in their field and we are particularly proud of this world-first in FLASH radiation therapy,” commented Prof. Philippe Eckert, CHUV Director General.

The FLASH effect, which has now been confirmed by researchers at other institutions, demonstrates a number of biological benefits and an improved therapeutic index through its protective effect on normal tissue at certain ultra-high dose rates and volumes. Prof. Jean Bourhis noted: “The FLASH effect may lead to one of the greatest breakthroughs in radiotherapy in decades. There is still much we hope to learn and understand about this phenomenon. We know that the next logical step is to begin human trials and are excited to be working with IntraOp on this initiative.”

“We are honored to be partnering with Professor Bourhis and the team at CHUV by providing them with our electron beam FLASH technology to accelerate the development of this potentially game-changing scientific advancement,” said Derek T. DeScioli, Chief Executive Officer of IntraOp Medical Corporation. “From superficial treatments in skin cancer, to intraoperative radiation therapy, we believe there is a huge opportunity in improving patient care through the advancement of FLASH radiotherapy into a clinical setting,” added Mr. DeScioli.