The latest upgrade has extended the product's shelf life to a minimum of 18 months at room temperature, which makes it convenient to store the kits in a primary healthcare setting 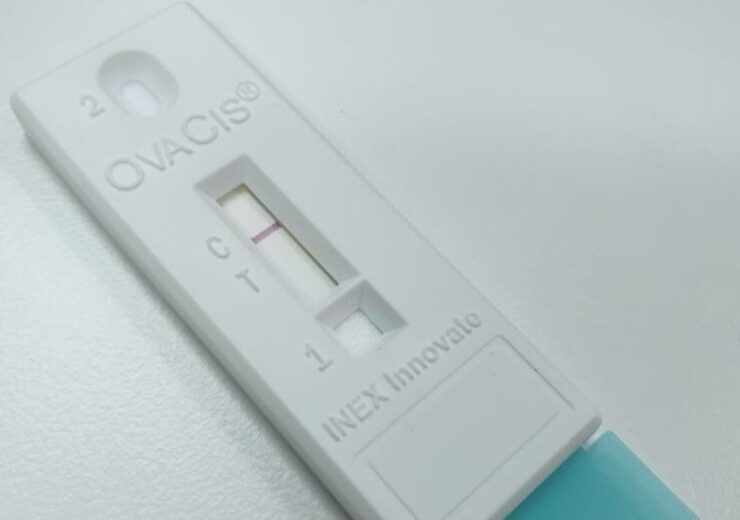 The approval will enable the firm to launch the test in the EU and Southeast Asian markets by the end of 2022.

According to INEX Innovate, OvaCis is a point-of-care (POCT) test that differentiates between benign and malignant ovarian cysts in an operating room setting.

The previous generation of OvaCis was introduced in 2019. The latest upgrade has extended its shelf life to a minimum of 18 months at room temperature, making the test suitable for storage in a primary healthcare setting.

The firm said that the OvaCis rapid test determines if ovarian cysts are benign or malignant by detecting a protein biomarker (haptoglobin) equally distributed in the fluid.

OvaCis is designed as a quick test format that is user-friendly and requires only a few minutes of hands-on time and minimum instruction.

“In fact, as many as 18% of women have them at some point in their lives and about 8% of premenopausal women develop large cysts that need treatment.

“With limited diagnostic options, this is an underserved population. This is mainly because the industry has been largely focused on upstream screening procedures such as early cancer detection.”

“By providing results in 15 minutes, the surgical procedure time is significantly reduced, thus greatly reducing the risk of infection.

“It also adds a layer of assurance for clinicians to make decisions about the extent of the surgery and the final reproductive status of a patient.”

The firm said that the existing technique for ovarian cancer screening, known as frozen section, requires surgical operation time up to 60 minutes which increases the risk of infection and anaesthetic.