The system is developed by Geomatrix, an Israeli leading engineering company 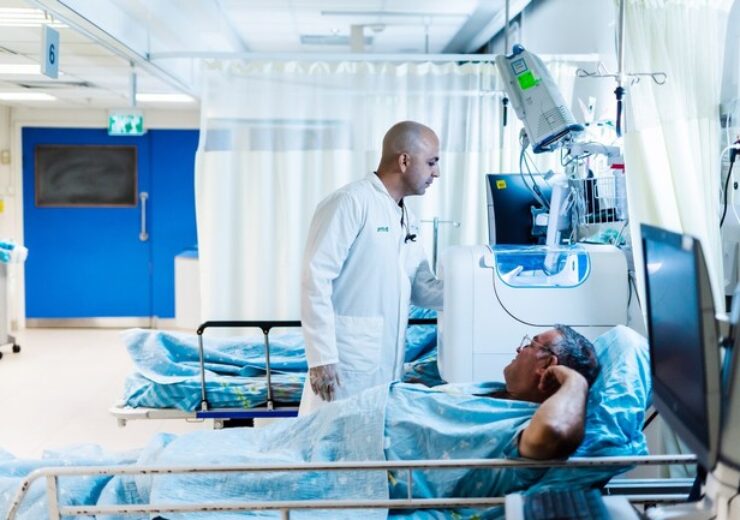 The Israeli start-up company IGIN Tech, of the AIDOR Group, has developed a smart device for putting on sterile gloves automatically and quickly, without human touch.

The gloves are worn by inserting both hands into the device, which is based on development of the amorphous structure of the material of the glove. The system fits the glove to the user’s hand quickly and easily, in a matter of seconds, and is intended for medical staff, laboratories, clean rooms in manufacturing plants (pharma, food, chips), airports, and more.

Nowadays, it is estimated that close to half of the gloves used worldwide are discarded  even before use, for a variety of reasons such as tearing the glove  while putting it on, taking several gloves out of the box at once, and so on. The use of the device can produce a significant saving in operating costs, and can track the usage process with a built-in, cloud-based, management software.

But beyond that, another important point is that today many infections are caused as a result of wearing gloves incorrectly, or for other reasons such as leaving the gloves box open so that various infections are transmitted through them. Moreover, following the 2016 regulation prohibiting the use of disinfecting powder in gloves, their sterility is compromised. The IGIN device allows the gloves to be worn quickly and without human contact, thus ensuring that their level of hygiene is not affected.

In addition, medical staff will be able to replace gloves regularly according to health regulations. The IGIN system can ensure this through tracking software and control of use according to the different teams and departments and  have proper compliance with the usage procedures.

The device was first presented a few weeks ago at the company’s booth at the GITEX technology exhibition in Dubai, receiving  interest from local hospitals and distributors, leading to various contacts made on our way to implement the system in health systems in the UAE and in other countries around the world.

The system, developed by Geomatrix, an Israeli leading engineering company, is characterized by a high level of reliability, complete automation, advanced design and ease of use. It is based on a CRM system for advanced tracking and control for ordering gloves according to stock.

“The system we are launching is revolutionizing one of the most common uses during a medical treatment – wearing sterile gloves,” says Orna Goldberg, CEO of IGIN. “Today, 5.8 billion sterile gloves are used every day around the world, so we are talking about a significant source of contamination. This situation can be prevented through our system that for the first time ever, performs the process of wearing the glove in less than five seconds, while at the same time saving operating costs. We are certainly pleased with the high level of interest in the device following the conference in Dubai, and the attention received  from various health organizations around the world. We are now in the final stages of production aiming to implement our first systems within the coming months in a number of leading hospitals worldwide.”