iBiopsy®: Promising Results on a Preliminary Study to Identify the Severity of the Disease in Patients With Non-Alcoholic Steatohepatitis (NASH) 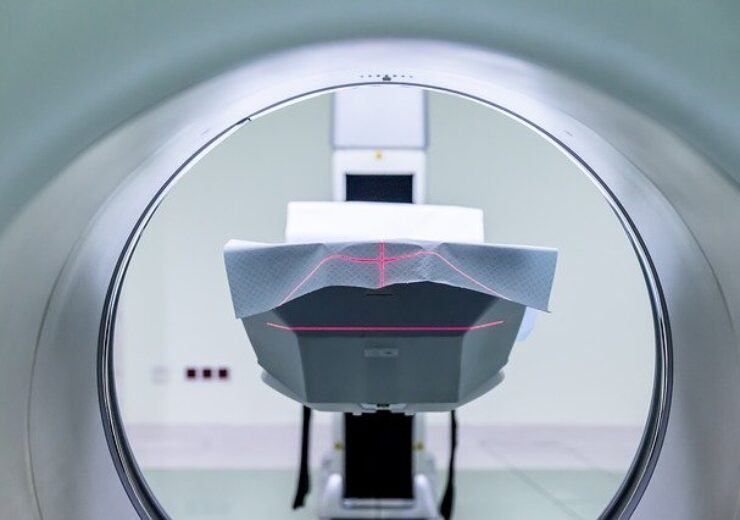 Median Technologies (ALMDT)(Paris:ALMDT), The Imaging Phenomics Company®, announces today the results of a preliminary retrospective study on the evaluation of the severity of hepatic fibrosis in Non-Alcoholic Steatohepatitis (NASH) patients using a new imaging biomarker extracted from MRI/MRE images.

According to the World Health Organization (WHO), Non-Alcoholic Fatty Liver Disease (NAFLD) is a pandemic affecting 25% of the global population1. For 20% of patients, NAFLD leads to a more severe disease, Non-Alcoholic Steatohepatitis (NASH). Within the high-risk population of NASH patients, disease evolution can lead to cirrhosis and liver cancer. NASH prognosis mostly depends on the hepatic fibrosis grade. Hepatic biopsy is a method used to measure hepatic fibrosis severity. However, due to its invasiveness, and sampling errors related to small sample size as well as spatial variation in degree of fibrosis, hepatic biopsy is not used as first indication for diagnostic purposes. In routine clinical practice, the assessment of the absence of advanced fibrosis of the liver is done by non-invasive tests such as blood tests and hepatic elastography. The biopsy is however essential for the diagnosis of advanced NASH. In its early stages, the disease remains reversible by a change in eating habits and lifestyle. The clinical interest is therefore to distinguish accurately and non-invasively patients with early fibrosis from patients with advanced fibrosis at risk of progressing to cirrhosis and liver cancer.

In this clinical context, the objective of Median’s preliminary retrospective study was to quantify the ability of iBiopsy®’s learning algorithms to discriminate between early and advanced fibrosis grade in NASH patients.

MRE and MRI images from a cohort of NASH patients with F2-F3 fibrosis grades (n=152 observations), based on the NASH CRN score (F0-F4) were used to model the relationships between liver image features and early and advanced fibrosis histological grades. The performance of iBiopsy® testing characterized by the area under the curve (AUROC) is 0.90 with a specificity of 0.89 and a sensitivity of 0.86 for the diagnosis of advanced fibrosis (F3) based on MRE.

Despite its excellent performance, high cost and restricted access to MRE limit its widespread clinical adoption for assessing fibrosis. In this regard, the ability of iBiopsy® was also tested with morphological MRI without contrast media. In clinical routine, morphologic signs on MRI alone are unreliable and insufficient to detect even significant liver fibrosis. However, using AI-based iBiopsy® technologies applied on MRI, the prediction performance is encouraging with a specificity of 0.83 and a sensitivity of 0.72. We expect to further increase the accuracy through machine learning algorithm optimization.

Preliminary results show that the iBiopsy® non-invasive fibrosis biomarker for NASH could allow for the discrimination between early and advanced fibrosis based on standard imaging modalities. These results need to be confirmed on independent patient cohorts.

“These initial results are exciting and show once again the relevance of our iBiopsy® approach and the tremendous possibilities of AI-based technologies to extract hidden information from standard medical images and generate non-invasive biomarkers. These biomarkers are developed by considering the whole organ, in this case the liver. This is a particularly important point for the management of diffuse diseases such as NASH fibrosis, and an extremely important advantage when compared to biopsies, which give fibrotic scoring information solely based on a small sample,” said Fredrik Brag, CEO and co-founder of Median.

“The development of a non-invasive biomarker to diagnose early NASH is critical for patients. There is currently no cure for advanced stage of the disease and diagnosing the disease early can save patients’ lives as NASH is reversible through the change in eating habits and lifestyle. For the biopharmaceutical industry, the use of a non-invasive test with strong discriminating power for the selection of patients to be included in NASH trials would make it possible to reduce the failure rates linked to patient recruitment as well as decrease the costs of the trials,” he added.

About iBiopsy®: Based on the most advanced AI technologies and with expertise in data science, Median’s iBiopsy® proprietary imaging platform allows for the extraction of non-invasive imaging biomarkers, which are the disease “signatures”. These biomarkers, obtained from standard medical imaging modalities are used both in the field of clinical development and clinical routine in which medical needs regarding disease detection, treatment options and follow-up of patients are still unmet and have yet to foster the promise of predictive and precision medicine.

Median’s iBiopsy® development program is supported by the European Investment Bank (EIB) through a financial loan of €35 million under the Juncker Plan, the European Fund for Strategic Investments, which aims to support research and innovation projects developed by companies with high growth potential.