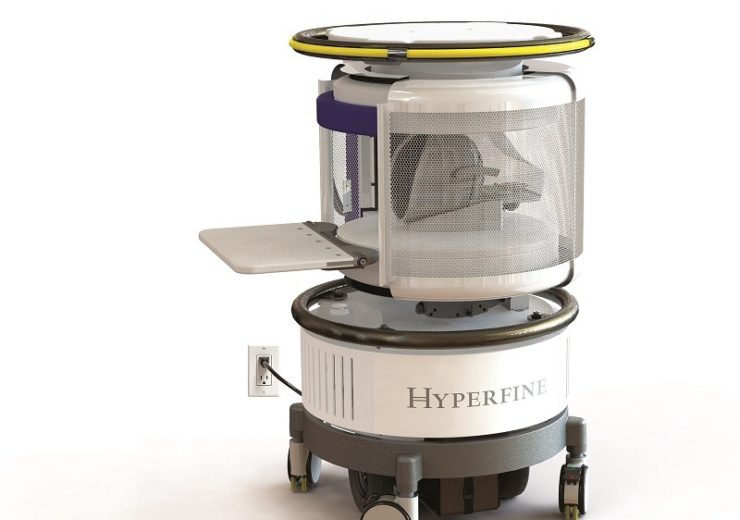 Claimed to be the world’s first bedside MRI system, the Hyperfine system has been developed to overcome the limitations of current MRI systems and allow to access MRI anytime and anywhere to any patient.

The portable Hyperfine point-of-care device can be rolled directly to the patient’s bedside and plug into a standard electrical wall outlet. It is controlled through a wireless tablet such as an Apple iPad.

Hyperfine chief medical officer Dr Khan Siddiqui said: “More than 40 years after its first use, MRI remains a marvel. Unfortunately, it also remains inaccessible. It’s time that MRI made the jump to point of need just like X-ray and ultrasound have before it.”

Hyperfine said the development of the system involved taking thousands of brain scans.

The FDA approval allows the use of the Hyperfine system for the head imaging of patients with two years of age and older.

By using a magnetic field, radio waves and computer, the MRI will generate complete detailed pictures of the body’s internal structures, helping to detect and precisely characterise disease than other imaging methods.

“We assembled an astounding team, and they took the 10 million-fold improvement in computing power since MRI was invented and the best of the billions invested in green electronics and built something astonishing, something disruptive.”

Hyperfine is a business unit of the 4Catalyzer family of companies. 4Catalyzer is a health technology incubator that manages facilities in Connecticut, New York City, Palo Alto, and Taiwan.

In October 2019, Hyperfine Research first unveiled new POC MRI system, which is designed to be used anytime and anywhere for any patient who requires it.