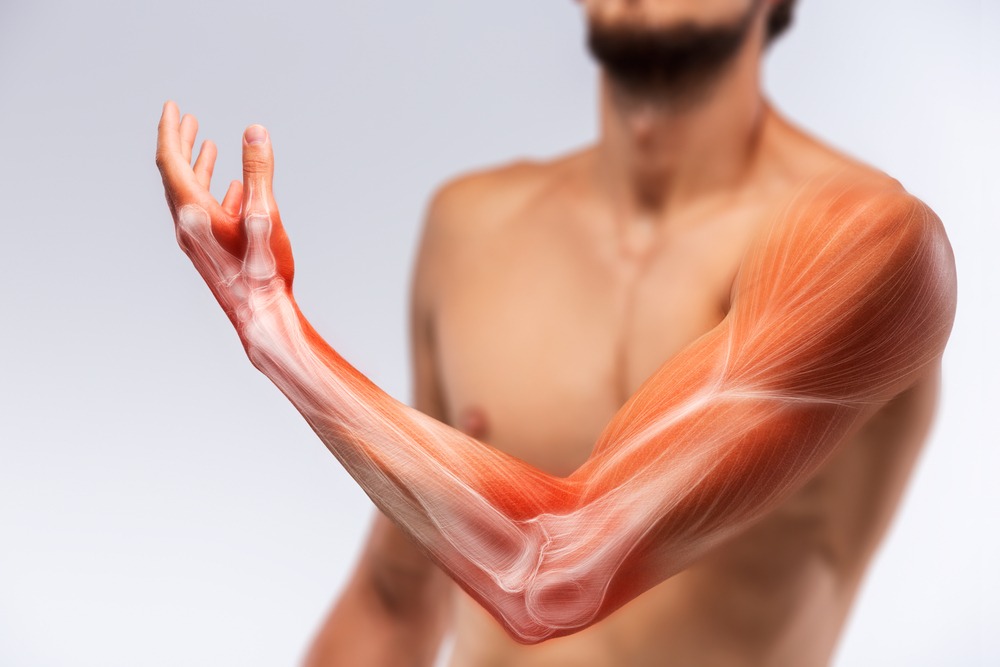 The human body has the ability to repair damage to its muscle tissue, but the amount of fibres torn during injury can have a significant bearing on how much medical intervention is necessary to aid the process, as well as how long the regeneration takes.

In extreme cases, where what’s known as volumetric muscle loss (VML) occurs, the body may never repair itself to a pre-injury state, leaving a person with enough of a decrease in their strength and range of motion to constitute a functional disability.

Right now, the treatment for VML is a mix of surgical intervention to implant donated muscle tissue and physical therapy to encourage the regeneration process.

However, surgical procedures often lead to reduced muscular function, and in some cases result in a complete graft failure, which is why scientists in the field of orthopaedics are researching therapeutic options to improve muscle loss recovery.

Now, a collaborative project between the Center for Nanomedicine within Yonsei University’s Institute for Basic Science (IBS) in Seoul, South Korea, and the Massachusetts Institute of Technology (MIT) in the US, may have made a breakthrough discovery.

By employing direct cell reprogramming technology in combination with a natural-synthetic hybrid scaffold, they claim to have facilitated the functional recovery of damaged muscles.

How does VML prevent the regeneration of human tissue?

When a muscle is damaged, white blood cells called macrophages are released into the area by the body with the express purpose of eating and thus removing dead tissue and other debris caused by the injury.

Once this process is complete, satellite cells that lay dormant between the inner plasma membrane (sarcolemma) of the muscle fibres and an outer membrane called the basal lamina are released into the injury zone, where they transform into myoblast cells, which bind together and create new muscle fibres.

Another cell, called a fibroblast, produces connective tissue at the injured site, and it’s a combination of connective tissue and muscle fibres that repair the muscle – a process known as “de novo regeneration” after the Latin word for “from the beginning”.

When VML occurs – which is generally considered as the loss of 15% or more of the total fibres in a muscle – the body loses too many satellite cells for de novo regeneration to stimulate enough fibres for the muscle to reach its pre-injury density.

In order to close the gap between the amount of muscle a person starts with and the amount they can regrow after VML, medical scientists have transplanted satellite cells, myoblasts, and mesenchymal stem cells – a type of cell that can transform into multiple tissue types, including muscle tissue.

But according to the IBS and MIT research team, the need for invasive muscle biopsies, a lack of available cells for transplant and possibility of poor long-term cell maintenance impede clinical translation, where millions to billions of mature cells may be needed to provide therapeutic benefits.

It’s the third limitation, which the scientists described as an “unsolved, long-lasting dilemma” in tissue scaffold development the scientists sought to overcome.

In contrast, synthetic scaffolds provide a precisely engineered alternative with tuneable mechanical and physical properties, as well as tailored structures and biochemical compositions, but they’re often hampered by poor integration with host tissue, which can mean they’re not recruited along with other muscle fibres to produce contractile force.

To overcome these challenges, the researchers from BSC and MIT devised a novel protocol for artificial muscle regeneration, involving a natural-synthetic hybrid scaffold and reprogrammed fibroblast cells.

Fibroblasts are nearly identical to mesenchymal stem cells, which meant the team could turn them into induced myogenic progenitor cells to closely mirror the satellite-cell-to myoblast-transformation which is necessary for de novo muscle regeneration.

To overcome the lack of mechanical robustness they cited as a limitation of cell transplants, the scientists used synthetic fibres made out of the biocompatible material polycaprolactone (PCL) with controlled stiffness, porosity, and dimensions to precisely tailor the scaffolds to the injury site of a mouse.

The final piece of the puzzle was the incorporation of decellularised muscle extracellular matrix (MEM) hydrogel – a biochemical composition of the native tissue surrounding muscle cells – into the PCL structure.

In interaction with the fibroblasts, the ECM provides the microcellular environment required to regulate muscle development, growth and repair, as well as effective muscle contraction and force transmission.

According to the researchers, the bioengineered muscle fibre constructs showed mechanical stiffness similar to that of muscle tissues and exhibited enhanced muscle differentiation and elongated muscle alignment in vitro.

But most importantly, when implanted in the VML mouse model, the protocol not only promoted muscle regeneration with increased nerve activity and angiogenesis (blood vessel production), but also facilitated the functional recovery of damaged muscles.

The results cannot be generalised given the use of a single mouse, and the application of the IBS and MIT team’s protocol in humans is a long way off – but the promising results could provide an impetus for further research into the use of hybrid scaffolds in muscle tissue generation.