Hometa announces first implementation of DripAssist in the Capital Region

Hometa is pleased to announce that our neighbors at Dorothy LaCombe Adult Healthcare Nurse Practitioner PLLC are the first healthcare facility to implement the DripAssist Infusion Rate Monitor here in the Capital Region. 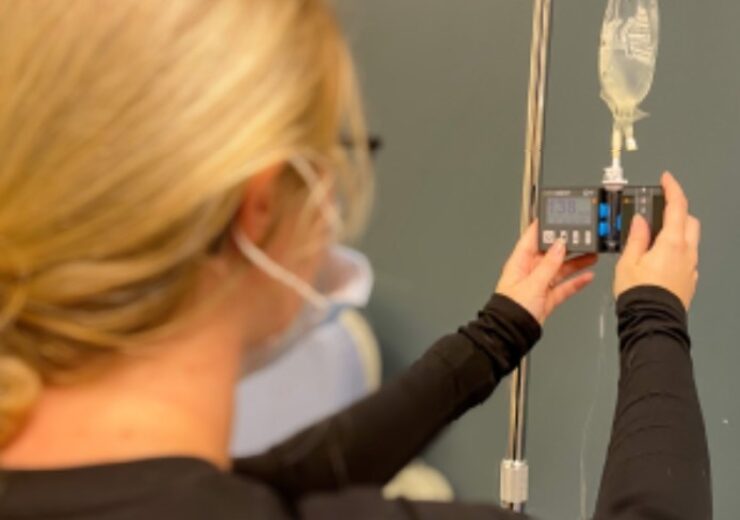 While the practice can consult upon and treat many different conditions, it is important to note that they have one of the only infusion suites in the area whose staff are certified to administer a number of hypersensitive infusions, including chemotherapy, methylprednisolone, TNF-blockers, and monoclonal antibodies.

After having used the device for the past six weeks, their principal infusion nurse, Kristina LaCombe RN BSN, reported that she has successfully used the DripAssist Infusion Rate Monitor to aid in the administration of Solumedrol, Symponi Aria, Orencia, Remicade, and Rituxan. Over the past month and a half, LaCombe has used the device approximately five times per day, on around 35 unique patients.

Until now, the practitioners at Dorothy LaCombe Healthcare Nurse Practitioner PLLC were administering Orencia, Solumedrol, and Symponi Aria by way of traditional, unassisted gravity drip. Remicade and Rituxan however, were done on pumps.

Regarding her experience adding DripAssist to gravity IV she says, “in general, they [patients] don’t even really seem to notice – I think it actually sometimes can make them feel more comfortable because when I eyeball drip rates it’s not always going to be exact, especially if a patient moves their arm or if they’re trying to be on their phone.”

In terms of taking infusions off of a pump, she says she’s had much success using DripAssist-enhanced gravity infusion to administer most of her Remicade treatments; even those for whom it is their first dose. With Rituxan however, she says she felt apprehensive to administer a first-time dose via DripAssist-enhanced gravity infusion, but that she did use the device to aid in the administration of Rituxan on one of their long-time patients, whose dose has been consistent for years.

LaCombe says, “If it’s a drug that I just need to infuse in a half hour or a couple hours it’s really helpful to not have to go and set up a whole pump – it came down to whether or not we were going to buy two new IV pumps or these, and we ended up buying two of these and they really do work well.”