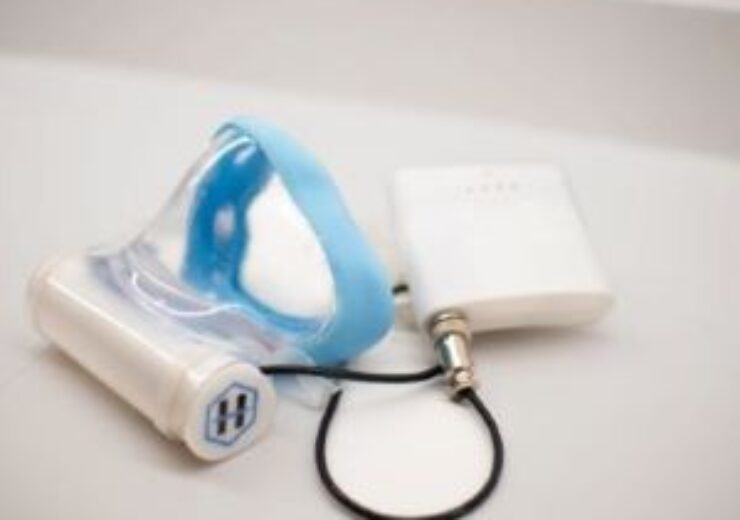 Henley Ion, a New Orleans-based life sciences technology company developing next generation innovations in medical devices, reports positive testing results of their protective device designed to provide respiratory protection, without the use of conventional filtration which can make breathing difficult.

Leading the team at Henley is Dr. Julian Henley, co-founder of the company behind the patent-pending technology that uses micronized electrostatic precipitation (mEP) to remove infectious bioaerosols from the air. The respirator device uses mEP directly integrated into the mask to effectively remove infectious aerosol particles from both inhaled and exhaled air – as opposed to filtration, which can be difficult to breathe through and wear over long periods of time.

“As a physician, we are field soldiers at war with disease. My top priorities are to help sick patients recover and prevent healthy people from falling ill, especially if the enemy is an airborne contagious virus,” said Henley. “The objective of our efforts at Henley Ion is to provide people with the means to protect themselves from airborne pathogens.”

Dr. Henley has been issued 34 patents over the course of his surgical and biotechnology career, and he has partnered with global industrial leaders including Dow Corning in manufacturing advanced medical technologies, including the artificial voice box. Dr. Henley is a Harvard and UCSF-trained physician and board-certified specialty surgeon and served as a clinical faculty member at Yale School of Medicine for over 22 years.

Chad J. Roy, PhD, director of infectious disease aerobiology at the primate research center, led the laboratory testing. “The preliminary evaluation of this product’s ability to protect against airborne viruses like SARS-CoV-2 is encouraging,” said Roy. “Aerosol particle removal without the use of filtration represents a step change in respiratory protection technology.”

Additional evaluations are ongoing at the Tulane facility under a cooperative research agreement between Henley Ion and the university.

The Henley team designed and engineered the mEP for easy integration into existing personal protective equipment (PPE) and safety equipment. It has been designed to augment respirators, military and emergency response helmets, and other safety equipment, with the core technology serving as the primary or adjunctive mechanism of respiratory protection. Henley aims to initiate discussions with PPE and safety equipment manufacturers for opportunities to license the mEP technology.

“The number one mission at Henley Ion is to save lives”, says Skipper Bond, CEO of Henley Ion. “We have taken industry-proven technology used every day and adapted it to the human being to protect the airway from airborne pathogens like SARS-CoV-2.”

Another Innovation Born in New Orleans

According to Michael Hecht, CEO of Greater New Orleans, Inc, the regional economic development organization, “Henley Ion is another example of breakthrough innovation born in the New Orleans region. Throughout history, New Orleans has met global challenges, and improved lives not only in New Orleans, but throughout the country and world. Henley potentially follows in that tradition of innovation and service.”

Dr. Henley is bringing a portfolio of patents with the relocation of Henley Ion to New Orleans, the city chosen as the development hub for a national and international effort of talent. The company will develop a range of new technology and products over the coming years, including an HVAC system where initial evaluations are currently underway.