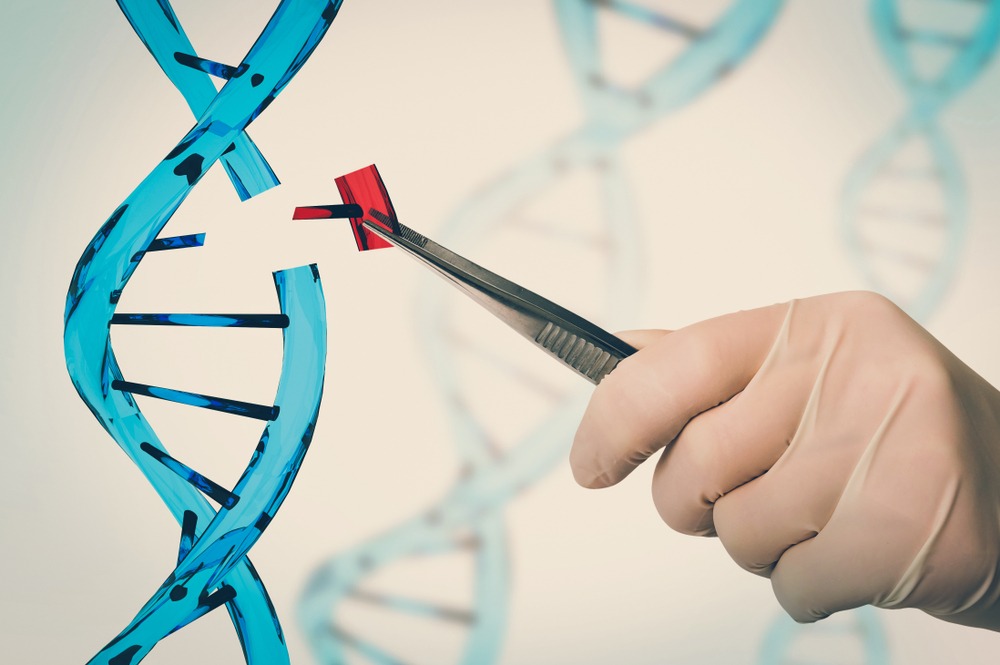 The new gene-editing technique could hold promise for the field's future (Credit: andriano.cz)

When it comes to gene editing, CRISPR has been the name on everybody’s lips since its potential for the field was realised in a series of breakthrough discoveries made between 2012 and 2013.

But nearly a decade on, clinical trials have been heavily focused on tweaking the DNA of cells outside the body to enhance areas like immunotherapy for cancer.

Although clinical trials are taking place in vivo, the areas of the body that CRISPR components can be delivered to are limited to what are considered to be easily-accessible sites, like the vagina, eye and the liver.

It also tends only to be trialled for cases where the treatment risk is outweighed by the disease prognosis and the potential benefit, such as editing cells in the retina to improve sight in those with rare conditions that cause blindness.

One reason clinical trials haven’t been conducted in more areas of the body is the high risk of off-target mutation, a hazard in all gene editing technologies which can result in undesirable effects, like an increased chance of cancer in cells that can’t tolerate the change.

“CRISPR doesn’t edit DNA, it just blows holes in it,” says Max Schubert, PhD, a research scientist at Harvard University’s Wyss Institute and the lead author on a study into the use of Retron Library Recombineering (RLR) – a new technique that could turn out to be an alternative to CRISPR.

“The editing is another part that you have to develop on top of that, and what retron recombineering does is explicitly edits DNA, without requiring that you create breaks in it.”

The experiments that led to Schubert and his team’s findings were conducted on E.coli bacteria and a paper outlining the results and potential implications of the study were published in the journal PNAS.

Schubert and his collaborators aren’t the first to experiment with retrons in a gene-editing capacity, as the potential for recombineering is well-established in the field.

Retrons themselves are complexes of DNA, RNA and protein that act as a defence mechanism against bacteria-specific infections, much like CRISPR does.

While the enzyme CRISPR Cas-9 acts like a pair of molecular scissors to snip viral RNA into smaller, non-functional pieces – retrons have a built-in self destruct mechanism that kills infected cells to stop the spread of a virus.

In gene-editing terms, CRISPR can cause double-stranded breaks in DNA and RNA, leaving a space to insert new genetic material.

Retrons, on the other hand, code for the production of multicopy single-stranded DNA (msDNA), which has been found by researchers to be a viable recombineering donor in gene-editing experiments.

According to Schubert, the DNA writing capabilities of retrons were first noted in a 2014 paper by MIT postgraduate Fahim Fardzadfard, who found that retrons could make changes to the genome that altered the way cellular memory functions.

“What that means is, you would expose the E.coli to some stimulus, and they would very slowly write into the DNA that they had experienced that.

“He was able to achieve his goals with very low rates of editing.”

For what Schubert wanted, however, this method of editing needed to be “thousands of times better”.

What Schubert set out to achieve was “making mutations that matter”, in that they “give adaptive change or give rise to a phenotype” – an observable physical trait linked to an organisms genetic sequences.

What made this particular goal more challenging was that he didn’t want to alter single cells, but to perform multiplex gene-editing by carrying out millions of experiments at once.

“If you have a vial of bacteria in the lab, it can have more individual cells in it than there are stars in the galaxy,” he explains.

The first port of call for Schubert and his team was to improve the editing efficiency, as their initial experiments resulted in mutation rates below 0.1% of the entire cell population.

By removing or switching off specific genes that trigger a mismatch repair function in the E.coli cells, preventing them from automatically overwriting the team’s mutations, and inactivating two bacterial genes that code for exonucleases – enzymes that destroy free-floating single-stranded DNA – Schubert et al were able to increase efficiency above 90%.

Despite this impressive feat, the “Library” part of RLR could be the most important innovation to come from Schubert’s work.

The description denotes the fact that even when carrying out multiplex gene-editing, a method he created to “nametag” each cell with a piece of DNA that can identify all of the different mutant strains created in his experiments.

“That enables me to do DNA sequencing and make many, many observations about what mutants are present, and what they actually did.”

This ability to establish cause and effect between retron sequences and their respective adaptive changes and phenotypes, means that scientists will be able to create a library of gene-editing effects – something beyond the reach of CRISPR due to its single-site editing.

Despite the impressive credentials of RLR displayed in Schubert and his team’s paper, all of the experimentation was carried out on bacteria, which is easier to edit than a human cell in a lab, and doing so inside the body is out of the question at such an early stage in the development of the technique.

“I can’t say anything about the clinical use of retron recombineering, but what gives us hope is that this is another tool in our toolbox,” he says.

Until retrons can be used to for human gene editing, an ambition research teams outside of Harvard Wyss are working to achieve, CRISPR will remain the predominant method as it edges further towards clinical applications.

“In bacteria, we target the replicating DNA, that’s where the editing happens.

“That is probably not a viable strategy in human cells, and so in that case, CRISPR is a good idea.

“One thing that is exciting is that we’ve seen retrons become a companion to CRISPR within some methods, so CRISPR makes the break and the retron efficiently makes a template to heal the break.”

Alongside its use as a research tool, the potential applications for multiplex gene-editing analysis in humans could one day be significant, if retron recombineering can cross what Schubert refers to as “the tree of life” into human cells.

But along the journey, he believes the technique could have multiple applications for clinical study that CRISPR can’t deliver alone.

“One area in which I see some promise is making these really big pooled libraries of mutations in human proteins like virus proteins, the receptors for viruses, or gene-therapy delivery vectors.

“Technologies for making these big libraries of diversity, and screening and understanding the impact of all of those changes to improve viruses, receptors and delivery vehicles are moving really fast, and our ability to use them is improving.

“There’s a lot of exciting work to be done there, and I think retrons will be a piece of that.”