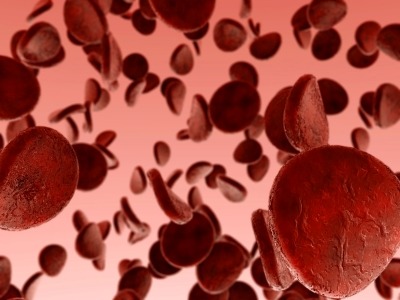 The first VenoValve was implanted in a patient and the procedure went very well. The patient was walking the day after the surgery, the VenoValve appears to be functioning as it should, and the patient shows no early signs of thrombosis, reflux, or other adverse events.

Robert Berman, Hancock Jaffe’s Chief Executive Officer stated, “We are so excited to get our VenoValve study underway and are thrilled that the first patient is doing so well. We will continue to monitor the patient for the next few weeks and then proceed with additional VenoValve implantations.”

HJLI has enrolled additional patients for the VenoValve study and the company will provide a further update following the next implantations, which are currently scheduled to take place in March.

The first-in-human Colombian study will initially include 5 to 10 patients who suffer from severe, deep venous chronic venous insufficiency (CVI), a condition that occurs when the valves in the veins of the venous system of the leg are injured or destroyed, causing blood to pool in the lower extremities, and resulting in increased venous pressure (venous hypertension). Severe CVI often includes swelling, intense pain, and skin ulcerations that become ongoing, open wounds.

Following implantations of the VenoValve, patients undergo duplex scans, which are used to measure reflux time – the duration of reflux in the deep venous system. The VenoValve was developed to reduce or eliminate deep venous reflux, a major cause of CVI. The reduction or elimination of reflux would lower venous hypertension, and result in greatly improved quality of lives for patients suffering from deep venous CVI.  In addition to measuring reflux, endpoints for the first-in-human VenoValve study include rVCSS measurements, VAS scores, and VEINES scores, three well known clinical assessments for venous disease and assessments of improvement in the patient’s quality of life and reduction in pain.

HJLI has had several Pre-FDA meetings to discuss the pre-clinical and clinical pathway for FDA approval for the VenoValve. Preclinical prototype testing, including in vivo animal studies, and in vitro hemodynamic studies, have demonstrated that the VenoValve mimics the function of a properly functioning native venous valve. Based upon feedback from the FDA, HJLI agreed to conduct a small first-in-human study in Colombia prior to the U.S. pivotal trial.  The first-in-human study will provide HJLI with valuable feedback to make any necessary product modifications or adjustments to the surgical implantation procedures for the VenoValve.

HJLI expects to release preliminary data on the first group of VenoValve recipients at the end of the second quarter of 2019, and will continue to follow the patients in Colombia for period of 6 months. Approximately 2.6 million patients in the U.S. suffer from CVI due to reflux in the deep venous system, and there are currently no FDA approved treatments for the condition.