Gene Biotherapeutics has entered into an agreement with the US-based Olaregen Therapeutix for the sale of Excellagen flowable dermal matrix for wound healing. 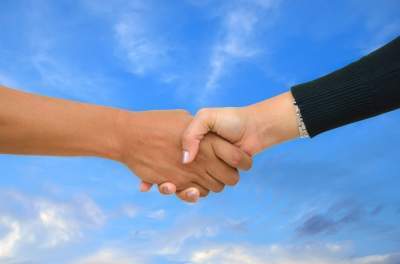 Olaregen is a special purpose entity which was formed by an unaffiliated investment group to acquire and commercialize advanced wound healing therapeutics for multiple vertical markets.

Gene Biotherapeutics retains the exclusive rights to develop and commercialize the Excellagen dermal matrix for wound healing in greater China, the Russian Federation and 11 other Eurasian countries within the Commonwealth of Independent States consistent with the indications for use as set forth in the Excellagen U.S. FDA 510(K) clearance letter and a US patent issued October 10, 2017.

Under the terms of the agreement, Gene Biotherapeutics will be entitled to a total consideration of up to $4,000,000, consisting of an upfront cash payment totaling $650,000 and $3,350,000 in additional consideration that would consist of royalties on worldwide net sales, and accelerated royalties in the form of lump sum cash payments based on capital investments received by Olaregen or the sale of the Excellagen technology platform to a third party.

A clinical study conducted by researchers at eight leading hospitals and medical centers representing nearly all geographic regions across China has concluded that diabetic foot ulceration represents a serious problem in China, and that more intensive surveillance, more aggressive treatment, and earlier referral to specialty care are required to improve patient outcomes.

The study reported that there are approximately 114 million Chinese adults with diabetes and 493 million Chinese adults with pre-diabetes.  The study shows that the prevalence of diabetic foot ulcers has increased from 4.91% in 1996 to 35.3% in 2008 and has been “a heavy burden for health care resources, with an average hospital stay of 31 days and a medical cost of 17,181 yuan RMB.”

Excellagen is an FDA-cleared, flowable dermal matrix indicated for the treatment of hard to heal wounds such as diabetic foot ulcers and pressure ulcers as well as other dermal wounds. Excellagen is supplied in the form of a physiologically formulated homogenate of purified bovine dermal collagen (Type I) in its native 3-dimensional fibrillar configuration.

Excellagen® can activate platelets, triggering release of essential growth factors and is capable of providing a structural scaffold for cellular infiltration and migration, significantly accelerating the growth of granulation tissue.

Excellagen’s unique flowable fibrillar collagen formulation is topically applied through easy-to-control, pre-filled sterile syringes and is designed for application at once weekly intervals.  Excellagen® has been designated as a skin substitute (bearing a unique product Q Code), in accordance with the standards established by the U.S. Centers for Medicare and Medicaid Services (CMS).

On June 7, 2017, Gene Biotherapeutics received a Notice of Allowance from the U.S. Patent and Trademark Office (USPTO) for a new patent (U.S. Patent #9,782, 457) entitled “Flowable Formulations for Tissue Repair and Regeneration.”

On February 12, 2018, Gene Biotherapeutics received a Notice of Allowance for a patent with the same title and similar claims from the State Intellectual Property Office of China (CN Application #2013800634138).  The U.S. patent is transferred to Olaregen as part of this transaction, whereas Gene Biotherapeutics retains the China patent.