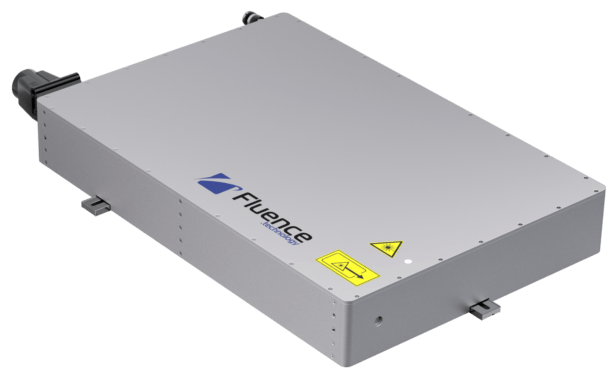 Fluence has launched its new Jasper Flex femto laser, which is designed to provide “unprecedented reliability and an excellent lifespan” compared to other lasers, and has applications in numerous areas including ophthalmology.

Along with the fact it doesn’t require regular servicing like more traditional laser products, the Jasper Flex can also operate at a range of temperatures and withstand more vibration and movement than other alternative free-space systems, adding to its robustness and versatility.

Due to the ultrashort pulses of light it emits, the Jasper Flex has a range of applications across several industries – including micromachining, LCD and OLED display repair, precise cutting of glass and other materials, surface structuring, cold ablation, and ophthalmology.

Fluence’s new laser is intended for use in systems with volume constraints that require high laser power and “outstanding” pulse quality, while its inbuilt ‘broad pulse duration’ and ‘burst’ options mean it can enhance processing speeds and allow its users’ applications to run more efficiently.

“The Jasper Flex is still relatively small, at 600mm in length, but the main thing is that we made it using our unique all-fibre technology, which we believe is special,” said Świerad.

“In the past, these types of lasers were not very reliable. They require servicing every year, and this is expensive for the company using them.

“We’ve put everything into the fibres of the laser, meaning nothing can be misaligned, and it is built to last without needing to be serviced.

“We also have an amazing oscillator – the part that defines the laser’s short pulses – which means the Jasper Flex does not need to be kept at a certain temperature, or kept on a stabilised optical bench like most lasers.

“In a vibration shock test, the oscillator still functioned even at 40g of force. So, you can shake it, you can literally drop it on the floor and it will still work – and you can run it at a vast range of temperatures spanning more than 50 degrees celsius without it becoming unstable.”

Why are femto lasers used in ophthalmology?

The principle behind femto lasers is that, by using ultrashort pulses of light, they can generate massive amounts of peak power, in watts (W), while reducing the heat that is produced in this process.

More traditional continuous wave (CW) lasers emit a continuous laser beam with a controlled output of heat, and also have their applications in healthcare – for example, in dentistry, and in breaking kidney stones down into smaller pieces.

However, femto lasers differ in that they emit light at intervals, rather than continuously, and do so for a very brief period of time, which is often measured in femtoseconds (one quadrillionth of a second).

Femto lasers get their uses in ophthalmic procedures like corneal surgery and cataract surgery from the fact they produce less heat than alternative types of lasers – which is especially important when it comes to operating on sensitive areas like a patient’s eye without causing any damage to surrounding tissue.

The ultrashort pulses of light they use also mean they’re able to cut materials more precisely, and on an even smaller scale, than nanosecond and picosecond lasers.

This capability has led to femtosecond lasers being deployed in manufacturing stents – which are inserted into arteries or veins to improve blood flow – as well as other small, implantable medical devices that need to have very precise, exact dimensions, such as intraocular lenses and prosthetics.