Orthofix Medical has secured approval from the US Food and Drug Administration (FDA) for its M6-C artificial cervical disc to treat patients with cervical disc degeneration. 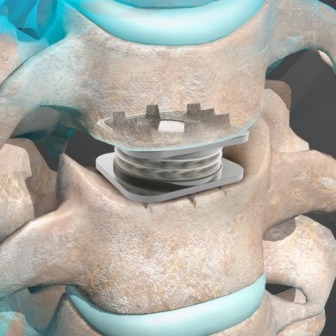 Spinal Kinetics, a company acquired by Orthofix in April 2018, has developed the M6-C artificial cervical disc.

Orthofix Medical’s new disc, which is an alternative to cervical fusion, will help restore physiologic motion to the spine.

The M6-C device is claimed to be the only artificial cervical disc that mimics the anatomic structure of a natural disc by integrating an artificial visco-elastic nucleus and fiber annulus into its design.

Similar to natural disc, the M6-C disc enables shock absorption at the implanted level and offers controlled range of motion when the spine transitions in its combined complex movements.

The approval was based on clinical data from the US investigational device exemption (IDE) study, which assessed the safety and effectiveness of the M6-C artificial cervical disc compared against anterior cervical discectomy and fusion (ACDF) to treat symptomatic cervical radiculopathy with or without cord compression.

Orthofix president and CEO Brad Mason said: “With the approval of the M6-C artificial cervical disc, Orthofix now has the industry’s most comprehensive portfolio of cervical spine products to best serve our surgeon customers and patients.

“In addition to a full line of anterior, posterior and interbody fusion cervical implants, we offer the CervicalStim device, the only FDA-approved cervical bone growth stimulation therapy, and the Trinity ELITE allograft, a market-leading allograft developed in partnership with MTF Biologics.”

Based in Lewisville of Texas, Orthofix Medical is engaged in the development of musculoskeletal products and therapies.