Developed as an alternative to the Foley indwelling urinary catheter, the new Flume catheter features an advanced balloon design 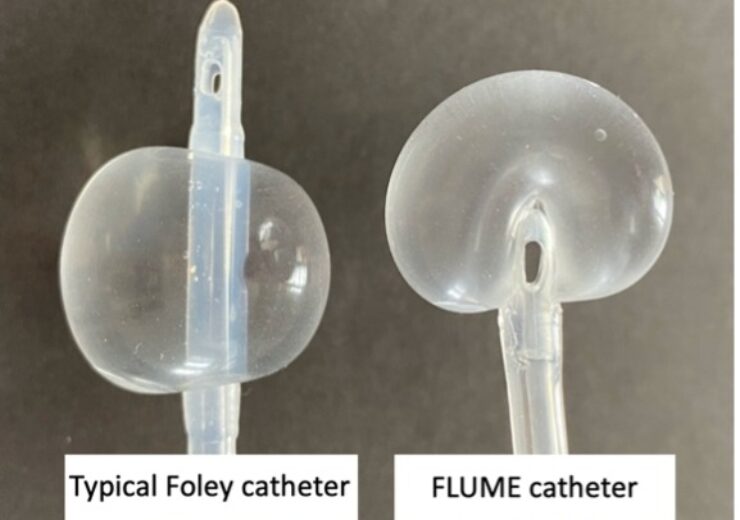 The Flume Catheter Company (TFCC) has secured 510(k) clearance from the US Food and Drug Administration (FDA) for its new indwelling urinary catheter.

Developed as an alternative to the Foley indwelling urinary catheter, the new Flume catheter features an advanced balloon design, even though intended for the same use as a Foley catheter.

According to the company, around 30m patients in the US continue to depend on the 1930’s Foley design for the indwelling urinary catheter.

The traditional catheter is expected to result in infection, blockage, pain and distress for patients, as well as significant burden for healthcare, stated the company.

“When inflated, the FLUME balloon envelops the tip of the catheter so that the emptying bladder makes contact with the flexible balloon surface rather than the rigid catheter tip. The drainage ports are then deliberately inset and positioned at its base.”

Under principal investigator professor Marcus Drake, a first-in-human assessment of the new Flume catheter is underway in the UK.

The evaluation of the new catheter is supported by a ‘Research for Patient Benefit’ (RfPB) award granted by the UK National Institute for Healthcare Research (NIHR).

The company aims to reveal the results by the end of first quarter next year.

In addition, the firm plans to begin a controlled market launch of the new device in the US during next year.

It will be followed by full commercial launch of the system. The Flume catheter is produced in the US.

TFCC co-founder and CEO Roger Holmes said: “We are delighted to achieve 510(k) clearance and look forward to working with lead partners in the U.S. to establish the potential of FLUME catheter, which we believe will positively impact the experience of patients.”