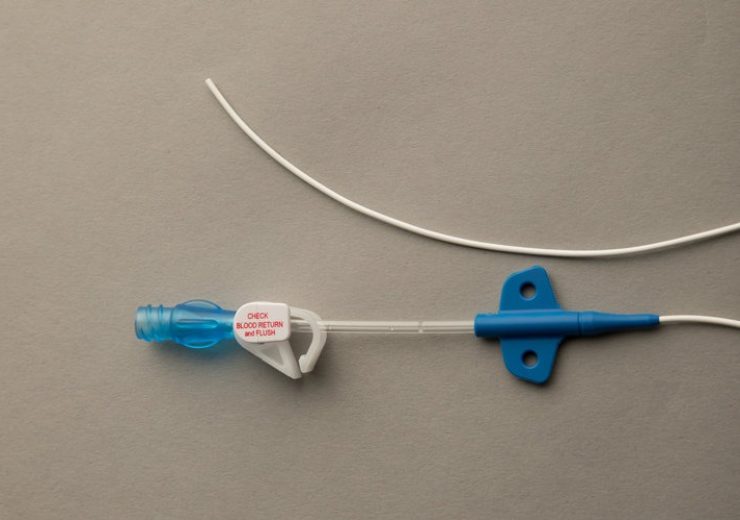 Access Vascular, Inc. today announced it has received FDA clearance for the second generation of its HydroPICC peripherally inserted central catheter (PICC), which has demonstrated a thrombus accumulation rate 30 times less than traditional PICCs and which may provide the potential to reduce catheter occlusions.

PICCs have become an increasingly popular choice over traditional central venous lines due to ease of use, decreased risk, reduced cost and ability to be placed by non-physicians; however, traditional PICCs are more than twice as likely to experience catheter-related thrombus leading to significant patient complications and associated costs. Standard PICCs are comprised of polyurethanes or silicones that absorb proteins,4 which attract thrombus. The inherent characteristics of these materials may also cause phlebitis and catheter-related infections, as well as other PICC line complications.5

HydroPICC is comprised of Access Vascular’s patented biomaterial platform that combines the superior mechanical properties of polyurethanes with the intrinsically low thrombogenicity of hydrogel. The lubricious and hydrophilic material is designed to repel protein and thrombus development, prevent catheter occlusion, reduce infections and add flexibility to the catheter. The company plans to develop a variety of thrombus-resistant venous catheters and devices from the biomaterial to address the $4.4 billion venous access market, including midlines, peripherally inserted venous catheters, ports, central venous catheters and dialysis catheters. The biomaterial also has the future potential to incorporate sustained delivery of such therapeutics as anti-infectives, analgesics/anesthetics or anti-inflammatories.

“The importance of improving the biocompatibility of materials that reside within the intravascular space cannot be overemphasized. Despite attention to optimal site choice and catheter to vein ratios, patients often develop fibrin sheaths that inhibit catheter functionality. They also commonly develop venous thrombus, sometimes with associated blood stream infections, that use these depositions as basecamps for biofilm formation,” said Gregory J. Schears, MD, a professor of anesthesiology in Rochester, Minnesota and medical advisor to Access Vascular. “A material that could combat these issues has the potential to significantly improve vascular access throughout the body.”

The second-generation device is easy to insert and integrates new features that streamline placement time based on clinician feedback gleaned from the commercial experience of the first-generation catheter.

The company will focus on generating clinical evidence at a limited number of commercial sites in the U.S. in 2020. Last year, the company was awarded a group purchasing agreement for a Breakthrough Technology contract with Premier, the leading improvement company uniting an alliance of approximately 4,000 U.S. hospitals and 165,000 other providers to transform healthcare. The agreement allows Premier members, at their discretion, to take advantage of special pricing and terms pre-negotiated by Premier for HydroPICC.

“We are excited about the potential of our biomaterial to address significant and underserved clinical needs in venous access,” said Access Vascular CEO James Biggins. “Clinician response to HydroPICC has been strong and we look forward to working closely with key clinical leaders and centers to integrate the new technology into their practices to the betterment of both the care team and their patients.”