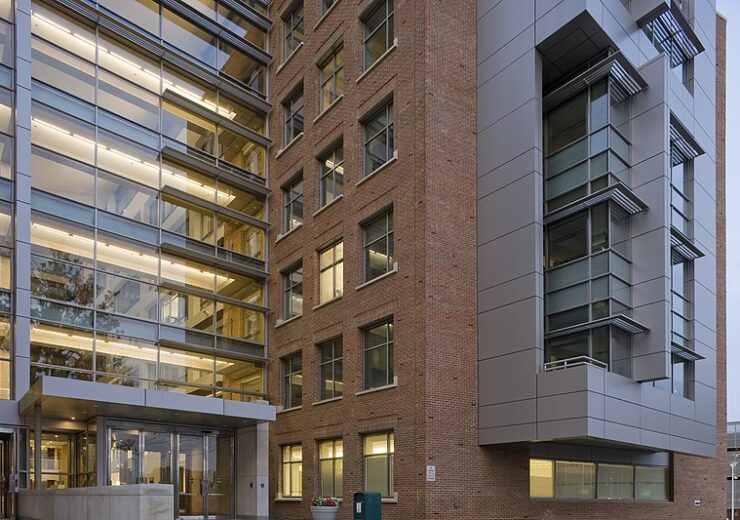 FDA Building 51 houses the Center for Drug Evaluation and Research. (Credit: The U.S. Food and Drug Administration from Wikipedia)

The device will help reduce the symptoms of fibromyalgia in adults with high pain sensitivity.

Quell neuromodulation device is said to be the first non-pharmacological treatment for fibromyalgia which received FDA Breakthrough Designation in July last year.

Quell is said to be the only wearable neuromodulator that is enabled by a proprietary microchip that provides precise, high-power nerve stimulation.

The system’s algorithms automatically adjust the strength of each therapy session based on the time of day, the user’s body posture and sleep habits and variations in the weather, the firm added.

Patients may monitor and regulate their therapy using a smartphone or a smartwatch that collects data from the Quell gadget through Bluetooth.

The FDA’s approval was based on data submitted by NeuroMetrix from a double-blind, randomised, sham-controlled trial on 119 subjects.

In the study, 57% of individuals who received regular treatments for three months had clinically significant improvements in their quality of life compared to 34% that received sham treatment

“Receiving this De Novo authorization is a key milestone towards the Company’s goal of making Quell available as a prescription treatment option for people living with fibromyalgia.

“We believe physicians treating patients with fibromyalgia will be interested in Quell’s potential clinical benefits and safety profile.

“Our initial commercialisation efforts will focus on rheumatologists and pain medicine physicians. We anticipate launching in the fourth quarter, with initial prescriptions processed by an online pharmacy partner before the end of this year.”