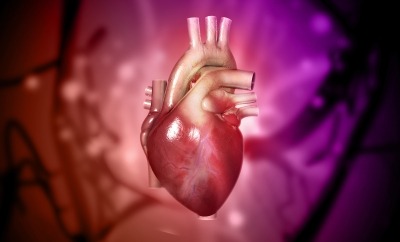 The US regulator stated that the device from Abbott Vascular can be used for treating moderate-to-severe or severe mitral regurgitation, which is a leakage of blood backward through the mitral valve into the heart’s left atrium. It can cause heart failure symptoms such as shortness of breath, fatigue and swelling in the legs.

The recently approved new indication, is for treating those patients with normal mitral valves developing left heart function (known as secondary or functional mitral regurgitation) despite being treated with optimal medical therapy.

The MitraClip is inserted in a minimally invasive procedure through the femoral vein in the leg and guided into the heart’s left ventricle where it grasps the two leaflets of the mitral valve and clips them together to reduce the backflow of blood.

The new indication was approved based a study involving 614 patients with heart failure who had moderate-to-severe or severe secondary mitral regurgitation and were randomly assigned to either continue with their optimized medication treatment plus the MitraClip (MitraClip group) or to continue with their optimized medication treatment only (control group).

The study revealed that the risk of being re-hospitalized for heart failure symptoms was reduced by about 47% in the MitraClip group compared to the control group.

Additionally, the risk of death within two years was decreased by about 37% in the MitraClip group compared to the control group.

FDA Center for Devices and Radiological Health Cardiovascular Devices Division director Bram Zuckerman said: “Expanding the approval of this device to heart failure patients with significant secondary mitral regurgitation, who have failed to get symptom relief from other therapies, provides an important new treatment option.

“Careful evaluation by a team of specialists is essential to determining whether a particular patient is an appropriate candidate for this procedure.”

It is estimated that about 6.5 million American adults live with heart failure, a chronic, progressive condition in which the heart muscle is unable to pump enough blood to meet the body’s needs for blood and oxygen. A small percentage of these patients also have moderate-to-severe or severe secondary mitral regurgitation, which increases the risks and complicates the treatment for heart failure.