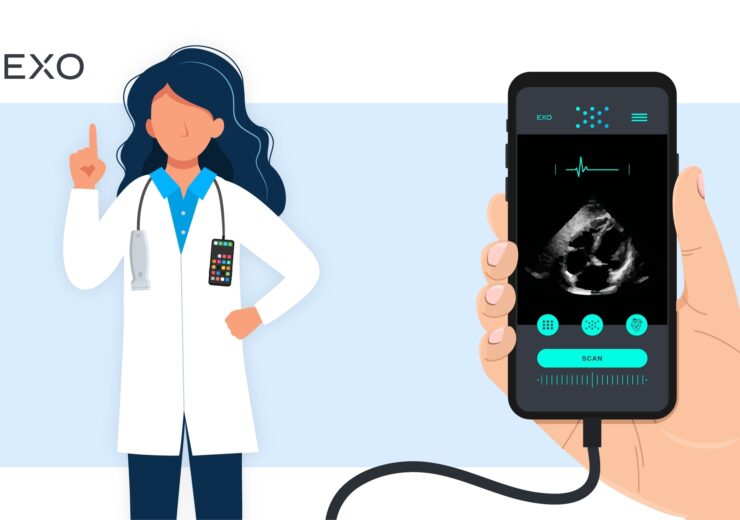 Exo has secured $40m in Series B+ funding round, to support the research and development of its handheld medical device and cloud-based workflow software platform.

The investment round was led by Fiscus Ventures and Reimagined Ventures (Magnetar Capital affiliates) and Action Potential Venture Capital, with participation from TDK Ventures, Solasta Ventures as new investors.

The funding round follows a previous Series B round closed at $35m in August 2019, bringing the company’s total investment to approximately $100m.

Exo intends to use the proceeds from the Series B+ funding to market its data and workflow apps and complete product development on its handheld ultrasound device.

Exo CEO Sandeep Akkaraju said: “Emergency room physicians around the world are often tasked with solving some of the most urgent healthcare problems, Covid-19 diagnosis and complications, cardiac emergencies, internal bleeding, without being able to see clearly into a patient they only have minutes to diagnose and treat.

“Exo plans to give these critical frontline heroes the device they need, one that immediately opens up a window into every body and enables them to make speedy, accurate and often life-saving medical decisions on the spot.”

Exo is developing the ultrasound device based on patented pMUT technology

The advanced pMUT imaging technology is capable of delivering improved image fidelity and is designed to work with various body types, which could be difficult to image with traditional handheld ultrasound technology.

Fiscus and Reimagined Ventures partner Ted Koutouzis said: “As both an emergency room physician and a venture capitalist, I know firsthand the transformative potential of the products that Exo is bringing to market.

“The Exo team is focused on building a device that works seamlessly within the often chaotic and urgent environment of a hospital, and delivers the image quality, clean interface, and diagnostic tools that doctors have dreamed about having in the palm of our hands.”