The EPFL researchers and the Harvard Medical School and Massachusetts Eye and Ear clinicians, partnered to develop the new hearing implant 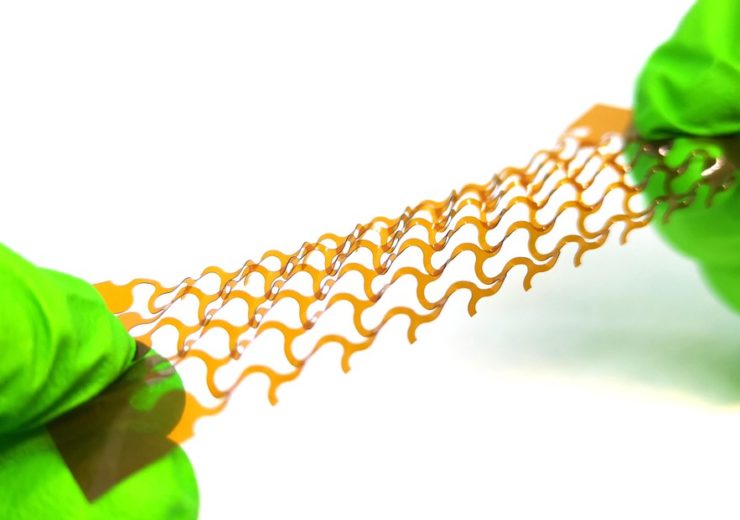 Image: The new implant consists of a conformable array of platinum electrodes encased in silicone. Photo: Courtesy of EPFL.

The EPFL researchers have collaborated with the Harvard Medical School and Massachusetts Eye and Ear clinicians to develop the new hearing aid that could replace the existing auditory brainstem implants.

LSBI researcher Stéphanie Lacour said: “The properties of our device would be of value for all sorts of implantable neuroprosthetics such as those used to stimulate or record neural activity in the spine, brain or even peripheral nerves.”

Cochlear and other types of implants sometimes offer relief for people with hearing impairment. However, the devices do not help people with seriously damaged inner ear or dysfunctional auditory nerves. Sending electrical signals directly to the auditory brainstem will help in recovering the sense of hearing.

Auditory brainstem implants (ABI) are the neuroprosthetics used for sending electrical signals. Clinical ABIs are hard to adapt to the curvature of auditory brainstem due to their stiffness, and result in mixed outcomes, where patients recover only sound perception, said researchers.

Under the collaboration, the EPFL’s LSBI team and Harvard Medical School and Massachusetts Eye and Ear clinicians worked together to develop a soft electronic interface.

The soft electronic interface makes the implant elastic, allowing it to fit easily in the curved surface of the auditory brainstem, facilitating the transmission of targeted electrical signals.

The researchers said that the new implant, with only 0.25mm² surface area, has been tested on mice and an implant with suitable size and configuration for human use has been produced.

Furthermore, the scientists have applied kirigami, a traditional Japanese paper-cutting technique, to handle the platinum, a rigid metal that cannot be distorted without being damaged.