EOS imaging, a provider of of 2D/3D imaging and data solutions for orthopedics, has completed €15M capital raise entirely subscribed by Fosun Pharmaceutical. 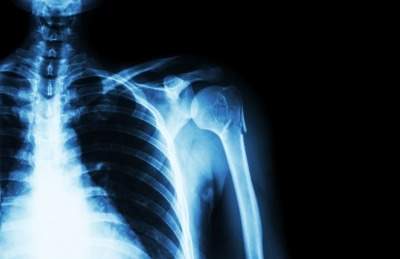 The completion of this investment was notably subject to the obtention of Chinese regulatory authorizations and to the visa of the French financial markets authority (“AMF”) on the prospectus related to the Share Capital Increase.

EOS imaging received the required Chinese regulatory authorizations and announces today having received the visa of the AMF number 18-551 on the prospectus relating to the Share Capital Increase.

EOS imaging’s Chief Executive Officer, Marie Meynadier, using the delegation granted by a decision of the Board of Directors on July 16th, 2018 (acting on the basis of the delegations and powers granted by the 20th resolution of the shareholders combined general meeting dated May 18th, 2018), has in consequence decided to implement the Share Capital Increase for an amount of €15.1m, through the issuance of 3,446,649 new shares (the “New Shares”) at a subscription price of €4.37 per share.

The purpose of the Share Capital Increase is to help make EOS imaging technology available to the largest number of patients worldwide.

“It complements our strong historical base in Europe and our growing presence in North America, and is part of our global strategy to develop the Company’s presence in its three most significant markets.”

Following the settlement-delivery of the Share Capital Increase, which is expected to occur on December 11th, 2018, EOS imaging’s share capital will amount €261.3 thousand divided into 26,130,407 shares.

The New Shares will be assimilated to the existing shares of EOS imaging and will be admitted to trading on the regulated market of Euronext Paris under ISIN FR0011191766 – EOSI.

The net proceeds of the Share Capital Increase will provide the Company with additional resources for:

contribution to commercial expansion through reinforcement of (i) the sales teams and the business initiatives in the markets where EOS imaging has direct access and (ii) the network in the markets penetrated by distribution partners;

investment in future product improvements and in research and development efforts; and

Pursuant to the Subscription Agreement and subject to certain exceptions detailed in the securities note (the “Securities Note”) related to the Share Capital Increase, the Company has agreed to offer Fosun the possibility to subscribe to share capital increases during the period beginning from the date of completion of the Share Capital Increase and continuing until the expiry of a five years period, so long as Fosun owns at least 25.0% of the New Shares, which would be realized without preferential subscription rights.

Pursuant to an amendment to the Subscription Agreement that Fosun and the Company have agreed to enter into before December 31st, 2018, Fosun has agreed not to exercise more than two-third of its voting rights to vote in favor of the resolutions related to such share capital increases and accordingly to exercise at least one-third of its remaining voting rights to vote against the said resolutions.

Fosun will not be bound by such undertaking in the event that it waives its right to subscribe to the related share capital increases prior to its vote on the relevant resolutions. Such information will be communicated to the market before such vote.