EksoNR is the next generation device of the most clinically used robotic exoskeleton, and was previously cleared by the FDA for stroke and spinal cord injury rehabilitation in 2016 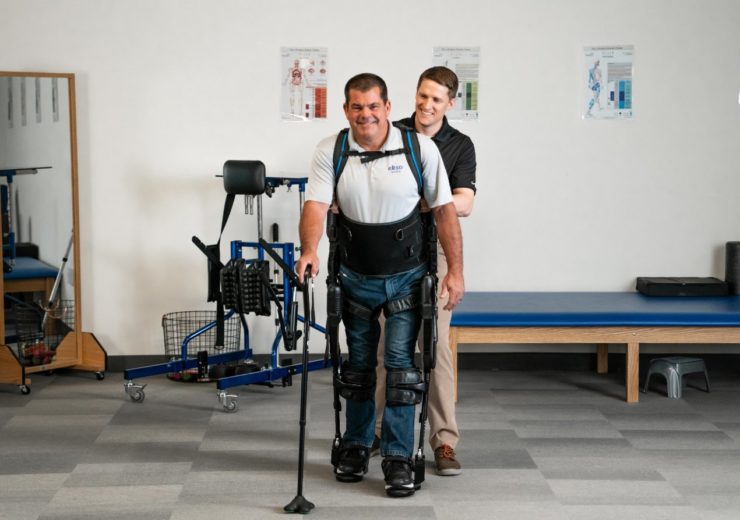 Ekso Bionics Holdings, an industry leader in exoskeleton technology for medical and industrial use, announced it has received 501(k) clearance from the U.S. Food and Drug Administration (FDA) to market its EksoNR robotic exoskeleton for use with patients with acquired brain injury (ABI). EksoNR is the first exoskeleton device to receive FDA clearance for rehabilitation use with ABI, significantly expanding the device’s indication to a broader group of patients.

EksoNR is the next generation device of the most clinically used robotic exoskeleton, and was previously cleared by the FDA for stroke and spinal cord injury rehabilitation in 2016. The device was the first of its kind to receive a stroke indication and is now also the first to receive an ABI indication.

ABI is the broadest category of brain injury and is comprised of both traumatic (TBI) and non-traumatic (n-TBI) causes. TBI includes severe head injuries and concussions, while n-TBI includes a broader subset of conditions, such as stroke, aneurysms, brain tumors, anoxia, degenerative and metabolic conditions, infections, and surgical injuries, among others.  Combined annual incidence of TBI and stroke alone represent an estimated patient population of 3.7 million in the U.S. and 84 million globally.

“At Ekso Bionics, we are committed to maximizing patient access to our technology. With the expanded indications to include the broad category of acquired brain injuries, the EksoNR has the potential to mobilize significantly more patients and improve patient recovery,” said Jack Peurach, CEO and president of Ekso Bionics. “Based on their experience with EksoNR, customers at leading rehabilitation centers have acknowledged the benefits our technology can offer during recovery from brain injuries. We are excited to see the device used more widely in neurorehabilitation.”

EksoNR is cleared by the FDA for stroke, spinal cord injury, and acquired brain injury rehabilitation. The device is also CE-marked and available in Europe. Utilized by over 270 rehabilitation centers around the world, the Ekso device has helped patients take more than 120 million steps, while supporting patients’ hopes of early mobility and independence.