ALung Technologies announced that the Independent Data and Safety Monitoring Board (DSMB) has recommended the continuation of its US-based VENT-AVOID clinical trial. 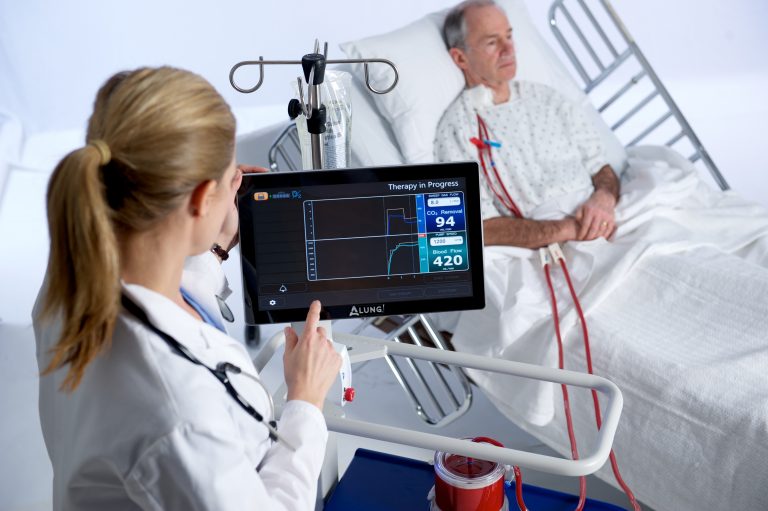 ALung said that continuation of the trial has been recommended without modification following its first scheduled review of safety data from the initial 31 subjects enrolled.

Acute exacerbations, explained as a sudden worsening of COPD symptoms, are a major cause of morbidity and mortality in COPD patients. The VENT-AVOID Trial marks the world’s first pivotal study of ECCO2R in the AE-COPD population.

The trial aims to validate the safety and efficacy of the Hemolung Respiratory Assist System (RAS) for COPD patients experiencing acute exacerbations requiring ventilatory support. Screening patients for ALung’s VENT-AVOID Trial of the Hemolung RAS si being by approximately thirty hospitals, which  have been brought online for the study.

The company said that in the UK, the pivotal study of the Hemolung RAS in patients with acute respiratory distress syndrome (ARDS), the REST Trial has enrolled more than 360 patients.

According to the company,  a progress in enrolling patients is being made for the pivotal study of the Hemolung RAS in patients with acute respiratory distress syndrome, and it is now the largest prospective clinical study of extracorporeal lung support ever conducted.

ALung said that its Hemolung RAS is the exclusive ECCO2R technology used in the trial and the research is jointly led by Queen’s University and Belfast Health and Social Services Trust under the direction of investigators Professor Danny McAuley and Dr. James McNamee.

ALung chairman and CEO Peter DeComo “The attainment of this significant VENT-AVOID milestone is gratifying, and we look forward to the continuation of these pivotal trials, both of which hold the promise that the Hemolung RAS and ECCO2R therapy will provide a new tool in the treatment of acute respiratory failure.”

ALung claims that its Hemolung RAS was cleared for marketing in Europe (CE Mark) and is the world’s only fully integrated Respiratory Dialysis system.