Shycocan is a small drum shaped device that can be installed in any closed areas to prevent the spread of novel coronavirus, and disinfect the surfaces 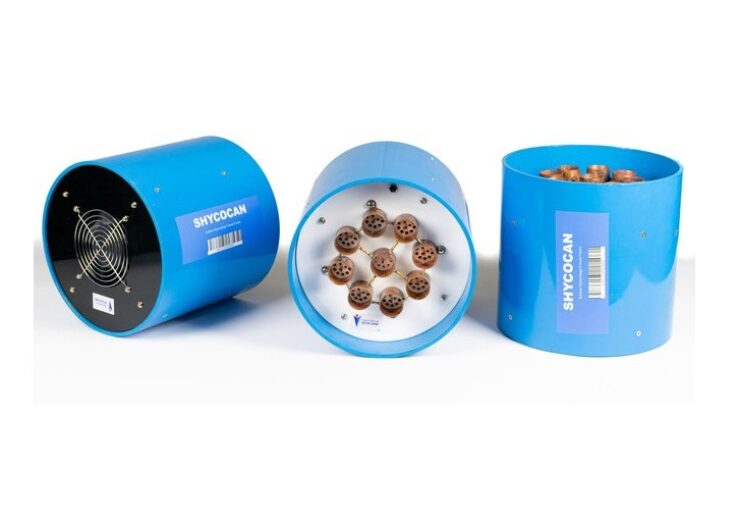 De Scalene has received the US Food and Drug Administration (FDA) and the European Union (EU) approvals to licence and manufacture its Scalene Hypercharge Corona Canon (Shycocan).

Bengaluru, India-based medical device maker said that the new Shycocan is a small drum shaped device that can be installed in offices, schools, malls, hotels, airports or any closed area to prevent the spread of novel coronavirus, and disinfect the surfaces.

Shycocan was designed by a team led by Rajah Vijay Kumar, who previously designed Cytotron, a machine to treat cancer without emitting harmful radiation.

Vijay Kumar was quoted by News18 as saying: “We have got clearance from the US FDA agency under an enforcement directive for Covid-19 health emergencies.

“For the European Union too, we have got the Conformite’ Europeene, or the certificate of conformity for which the Shycocan was put through nearly 26 tests – such as safety, efficacy, whether it has any harmful effects, whether it interferes with the working of other devices, or whether other devices deployed in any place would interfere with the performance of this device.”

Shycocan disables the virus’ capability to infect, by flooding electrons in closed areas

The device works by flooding hypercharge electrons in the exposed areas, which attach to the SARS-CoV-2, through its spike protein (S-protein), to disable the infectivity of virus.

The lab studies, conducted in March 2020, demonstrated that Shycocan induced a 3.435 Log10 reduction in an EPA-approved phylogenetic surrogate, and reduced 99.9% S-protein infectivity.

In addition, the device is said to work effectively in closed spaces, spanning up to 1,000ft2 area or in places up to 10,000m3, including waiting rooms, offices, malls and other public areas.

Since the FDA granted humanitarian licenses to manufacturers, around nine companies have signed up to manufacture the device, where three of them have already reached a licensing agreement, said the company.

Kumar was quoted by Financial Express as saying: “It will also be effective in congested places and will bring down transmission drastically. The virus gets neutralised even before it enters the human body. So an individual does not get infected. Since this is light we are talking about, the process is almost instantaneous.

“The USFDA and the European union have their own standards and they have put the device through over 26 tests in some of the top labs of their region.”