Medical devices maker Cook Medical has launched the Flourish pediatric esophageal atresia device in the US. 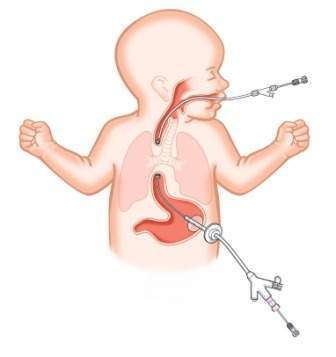 Flourish device has secured authorization from the US Food and Drug Administration (FDA) under the humanitarian device exemption (HDE) to treat pediatric esophageal atresia.

Esophageal atresia is a birth defect of the esophagus, the tubular structure that links the mouth to the stomach.

Cook Medical’s Flourish pediatric esophageal atresia device is said to use rare earth magnets, which are inserted into the upper and lower ends of the infant’s esophagus.

The magnets gradually stretch both ends of the esophagus over the course of several days. Later, the tissue connects to form an intact esophagus.

In 2017, the company secured approval from the FDA for the Flourish device to treat pediatric patients affected by the esophageal atresia.

According to the company, the esophageal atresia affects around 1 in 2,500 newborns and humanitarian use device (HUD) designations are reserved to treat or diagnose a disease or condition that affects fewer than 8,000 individuals in the US per year.

Cook Medical endoscopy specialty vice president and Cook Winston-Salem president Barry Slowey said: “We’re thrilled to be able to officially offer this minimally invasive approach for infants suffering with this condition to physicians in the U.S.

“It has been especially rewarding to see the positive effects that Flourish has had on these children. An important part of our culture is to support patient populations that don’t have access to treatment options, which is why we worked with the FDA to establish the HDE pathway.”

Zilver PTX, which is claimed to be the first 5mm drug-eluting stent in the US, is available with lengths up to 140mm diameter. It is indicated to treat vessels as small as 4mm in diameter.