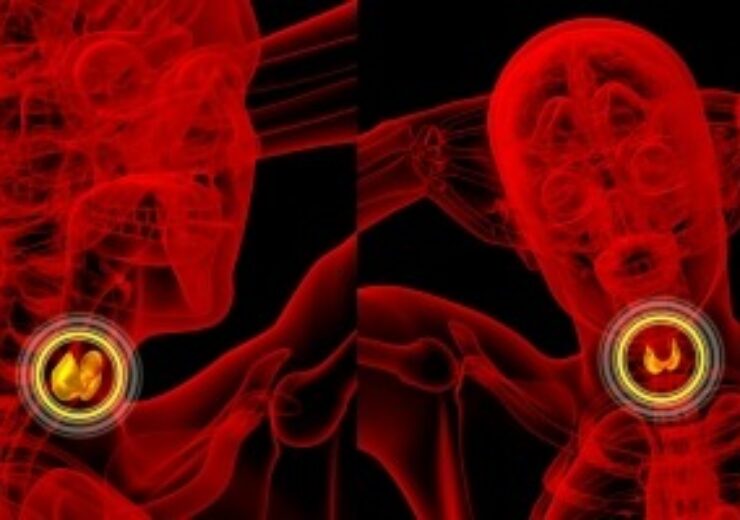 Under the terms of the agreement, GeneproDx will take the lead in the development of the Idylla ThyroidPrint test, whereas Biocartis will be responsible for the distribution of the ThyroidPrint on Idylla through its growing commercial infrastructure of Idylla instruments across the globe.

Thyroid nodules are very common and are often detected during routine medical exam or by patient self-assessment. Only some 10% of fine needle aspirate (FNA) biopsy procedures reveal the presence of malignant cells, while approximately 70% confirm a benign (non-cancerous) diagnosis. The remaining 20% are reported as indeterminate, meaning that no certain diagnosis can be provided to physician and patients. Annually, over 1.2 million thyroid cytology evaluations are reported as indeterminate. In patients with such result, diagnostic surgery of the thyroid gland is frequently recommended. The risk of malignancy in these indeterminate cases is estimated to be between 15-35%, meaning that surgical intervention is unnecessary in up to 65-85% of these cases.

ThyroidPrint is a qRT-PCR based mRNA-expression classifier test that helps to determine whether a thyroid nodule with an indeterminate cytology result is benign or malignant. A benign test result allows physicians to recommend watchful waiting as an alternative to diagnostic surgery. This prevents exposing patients to surgical risks and permanent thyroid hormone supplementation. Moreover, it significantly reduces health costs associated with unnecessary surgery.

GeneproDx’s ThyroidPrint was initially clinically validated in a multicenter trial in Chile, after which it was launched in Latin America in September 2018. Furthermore, the test was clinically validated in a second independent multicenter, prospective trial in the US in December 2019, demonstrating that ThyroidPrint performs in the same manner in populations with different ethnicities and genetic backgrounds. Currently, a new international validation study is ongoing, including an estimated 200 individuals with indeterminate cytology results, in leading academic sites in Europe, the US and Latin-America.

Herman Verrelst, Chief Executive Officer of Biocartis, commented: “We are very pleased to enter into a new collaboration where a high value gene signature test is ported on Idylla. By developing an Idylla version of ThyroidPrint, GeneproDx and Biocartis may enable broad availability of this test to laboratories and hospitals around the world, to help address this high clinical unmet need in thyroid patients. For Biocartis, this also means further expansion of the oncology menu into thyroid cancer.”

Hernán González MD, PhD, Professor of Surgery at the Pontifical Catholic University of Chile and Founder of GeneproDx, reacted: “As clinicians, an important challenge today is to determine whether a thyroid nodule is malignant and a patient really needs to undergo surgical resection of the thyroid gland. In our first real world clinical utility experience, ThyroidPrint revealed a meaningful impact on the physician decision by reducing diagnostic surgery by more than 70% in patients with indeterminate cytology. We are excited to use the rapid and easy-to-use Idylla technology to develop a ThyroidPrint test that physicians can request to be performed in their local laboratories. As such, patients across the world can have the first of its kind, fast and easy-access diagnostic solution for indeterminate thyroid cytology results.”

Development of the ThyroidPrint on Idylla will be initiated in Q4 2020.