CoPrimer technology is the platform used in the Company's flagship COVID-19 testing kits, which have been deployed throughout the world and across the United States 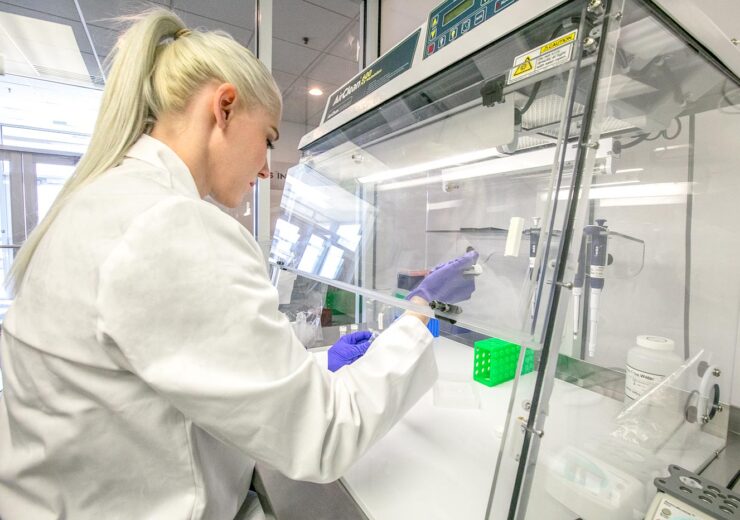 Co-Diagnostics, a molecular diagnostics company with a unique, patented platform for the development of diagnostic tests, has announced that the United States Patent and Trademark Office has granted increased patent protection for the Company’s novel CoPrimer technology used in the Company’s COVID-19 test kit and its other molecular diagnostic tests. This new patent further validates the uniqueness of the CoPrimer molecule, and provides even more comprehensive protection for all of its potential applications.

The original patent received on October 18, 2018 covered certain applications of the CoPrimer molecule—which has been shown to enhance the output of polymerase chain reaction (“PCR”) molecular diagnostic tests by dramatically minimizing false positive test results—and its use in PCR, but not the molecule itself. The additional patent covers the physical structure of the CoPrimer molecule, with more broad claims and including all configurations of a molecule with such a structure.

CoPrimer technology is the platform used in the Company’s flagship COVID-19 testing kits, which have been deployed throughout the world and across the United States. CoPrimer technology has also been licensed for certain applications by LGC, Biosearch Technologies, an international leader in the extended life sciences sector, whose footprint covers over 200 countries.

Dwight Egan, Co-Diagnostics CEO, commented, “Receiving this additional patent emphasizes the uniqueness of our CoPrimer technology. The beneficial advantages of CoPrimers in test design and performance are already being realized by laboratories across the country and rest of the world, particularly in the battle against the coronavirus pandemic, which has propelled the Company to significant revenues and profitability.

“CoPrimer technology is also used in the products manufactured and marketed by our Joint Venture in India, driving record sales and a profitable quarter for that entity as well. The CoPrimer-based Logix Smart COVID-19 test kit has been authorized for use as an in vitro diagnostic (IVD) by regulatory authorities in the United States, the European Community, Mexico, India, Australia, and others, after validations confirming its performance and quality have been performed by or presented to the regulatory bodies in those regions. In addition to infectious disease diagnostics, this technology platform also serves as the foundation for Co-Diagnostics’ other verticals, including our growing mosquito abatement/vector control vertical, AgBio, liquid biopsy technology, and next-gen sequencing applications, and we are pleased that the United States patent office has provided us with even more thorough and robust protection for our most important intellectual property.”

Patent no. 10,704,087, “COOPERATIVE PRIMERS, PROBES, AND APPLICATIONS THEREOF,” covers the synthesis of a nucleic acid molecule in the structure first developed by Dr. Satterfield in 2012, called a “CoPrimer.” Unlike CoPrimer molecules, traditional primer molecules in PCR technology will often cause false results by interacting with each other rather than the target sequence. The patented structure of CoPrimers prevents this interaction, making the technology ideal for a wide array of PCR applications.