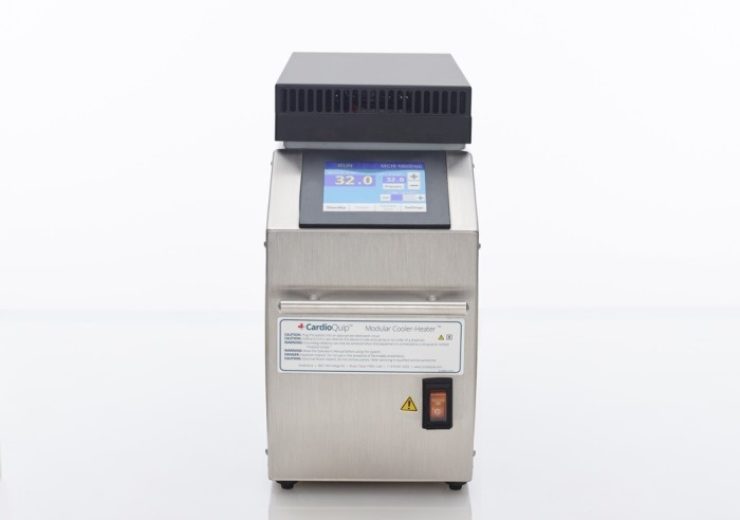 A cooler-heater device is used to regulate patient temperature in many types of medical procedures, especially those involving the heart and lungs. Most notably, the MCH-1000 can potentially be used to treat acute respiratory distress syndrome (ARDS) associated with COVID-19 through a treatment called Extracorporeal Membrane Oxygenation (ECMO)1. ECMO provides increased systemic oxygen delivery and mitigates ventilator-induced lung injury.

“Landing the CE Mark is a tremendous milestone for CardioQuip,” said Doug Platt, CEO. “The approval allows us to offer our technology to major hospitals all over the European Union (EU) at a time when it is greatly needed.”

The CE Mark confirms that the MCH-1000 meets the Essential Requirements of the Medical Device Directive (93/42/EEC). CardioQuip also received ISO 134385:2016 certification of its quality management system following completion of an audit by BSI, an EU Notified Body. The MCH-1000 received FDA 510(k) clearance in the United States in 2011.

Numerous patient deaths linked to non-tuberculosis mycobacterium (NTM) growth in European manufactured cooler-heaters have highlighted the need for safety and water quality in cooler-heaters. The safety of the MCH-1000’s open tank design paired with its simplified cleaning protocol and ease of use have made it the best-selling cooler-heater in the U.S. Market.

“We are excited to be in the final stages of agreements with European distribution partners to aide our commercialization efforts and get the MCH-1000 to the EU as quickly as possible,” added Platt.