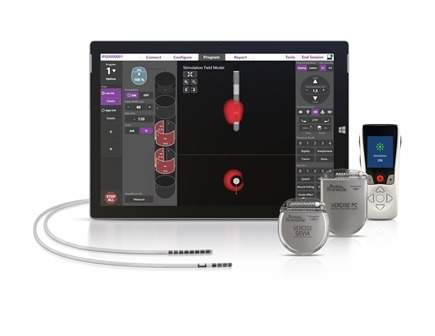 The new systems, which were recently approved by the U.S. Food and Drug Administration (FDA), feature technology designed to allow physicians to control the range, shape, position and direction of electrical stimulation to treat the symptoms of Parkinson’s disease (PD) through highly-personalized therapy.

The Vercise Cartesia Directional Lead was the first directional lead introduced to the global market when it launched in Europe in 2015.

More than 10 million people worldwide are living with PD – a neurodegenerative disorder which causes stiffness, slowness and tremors due to the decrease in dopamine production in the brain. DBS therapy is delivered through leads implanted into a small area of the brain that are powered by an implantable pulse generator (IPG) to send mild electrical stimulation to targeted regions.

The new systems featuring the Vercise Cartesia Directional Lead leverage eight individually controlled electrodes on each lead to offer stimulation that can adapt to impedance changes within the brain. This level of precise stimulation to the neural target is critical for avoiding unwanted side effects and obtaining optimal DBS outcomes.

“The progression of Parkinson’s disease necessitates a therapy that can evolve with the patient over time,” said Dr. Francisco Ponce, MD, director of the Barrow Center of Neuromodulation in Phoenix, Arizona and the first center to implant the new system.

The Vercise Gevia DBS System is a rechargeable system with a battery life of at least 15 years and the non-rechargeable Vercise PC DBS System, which offers the same stimulation capability, has a projected battery longevity of at least three years with typical settings. The new systems are supported by programming software with STIMVIEW™ technology, enabling a physician to visualize how the stimulation used in DBS therapy will be distributed in the brain.

“We’re committed to equipping physicians with technology that can improve the lives of patients as their disease progresses,” said Maulik Nanavaty, senior vice president and president, Neuromodulation, Boston Scientific. “Our newest generation Vercise Directional DBS Systems are supported by years of clinical data and real-world experience on the advantages of directionality and offer programming software with features that give physicians the ability to tailor therapy for individual patient needs.”

The first Boston Scientific Vercise System in the U.S. was approved by the FDA in December 2017.

Clinical evidence of the effectiveness of the Vercise portfolio includes the INTREPID study, the first multi-center, prospective, double-blind, randomized sham-controlled study of DBS for PD in the U.S. Data from the INTREPID study demonstrated that patients treated with the Vercise System had a 49.2 percent improvement in motor symptoms as measured by clinicians in the Unified Parkinson’s Disease Rating Scale (UPDRS) III scores at one year follow-up (n=152).

The Vercise Directional DBS Systems are currently being utilized in several clinical studies including the global DBS post-market registry and DIRECT-DBS, which is designed to evaluate programming effectiveness of directional leads for the treatment of Parkinson’s disease.