Medical technology firm Boston Scientific has agreed to acquire US-based Claret Medical in a deal valued at around $270m. 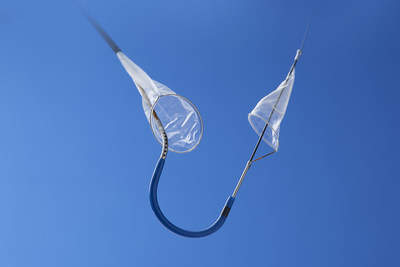 Claret Medical president and CEO Azin Parhizgar said: “Nearly 10,000 patients have been treated worldwide with the Sentinel System, and we are confident that the leadership of Boston Scientific will enable increased momentum and improved patient access to this valuable technology.”

Claret secured CE mark approval for Sentinel system in 2014 and the clearance from the US Food and Drug Administration (FDA) in 2017.

Sentinel is claimed to be the only device secured approval to protect patients against the risk of stroke during TAVR, a minimally–invasive procedure to replace the aortic valve in patients with severe aortic stenosis.

The FDA approval was based on Sentinel trial, in which the system reduced the incidence of strokes by 63% within the first 72 hours of the procedure.

According to Boston Scientific, the Sentinel system captured debris flowing towards the brain in 99% of TAVR cases in clinical studies.

Subject to customary closing conditions, the deal is expected to complete in the third quarter of this year.

“We also see potential for future use in other left heart and endovascular procedures such as mitral valve repair and replacement, left atrial appendage closure and pulmonary vein isolation ablation procedures for atrial fibrillation.”

Earlier this month, Boston Scientific agreed to acquire another US-based Cryterion Medical in a deal valued at around $202m.

Based in Carlsbad of California, Cryterion Medical is engaged in the development of a single-shot cryoablation platform for the treatment of atrial fibrillation (AF).