Abbott recently announced a clinical trial of its drug-eluting stent, which it says provides an effective treatment for blocked arteries below the knee 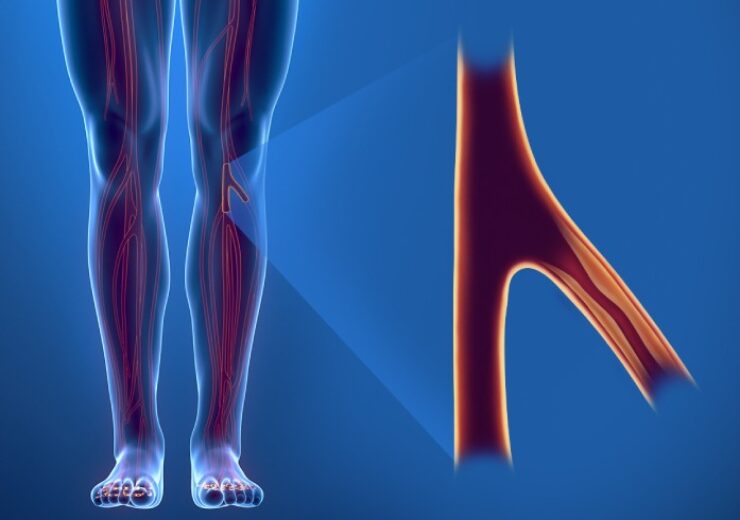 Peripheral artery disease affects more than 200 million people globally, according to an article published in the Lancet in 2013 (Credit: American Heart Association)

Abbott is leading the race to manufacture an effective treatment for blocked arteries below the knee, according to analytics firm GlobalData.

The US healthcare giant recently announced the start of a clinical trial to assess its new Esprit BTK (below-the-knee) Everolimus-eluting stent.

Sheryl Tang, medical devices analyst at GlobalData, believes Abbott’s new stent device addresses many of the drawbacks associated with treatment options for PAD and CLI below the knee that are currently on the market.

“Prior to the outbreak of Covid-19, GlobalData estimated approximately 50,000 cases of CLI being treated with balloon angioplasty in the US,” said Tang.

“Once the market returns to normalcy following the pandemic, the peripheral market is expected to grow quickly due to the increasing prevalence of PAD.

“With the breakthrough device designation from the FDA, Abbott could potentially be the first manufacturer to offer an effective treatment for this patient pool, gaining a large share of the peripheral vascular interventions market and becoming the new gold standard.”

Abbott’s treatment for blocked arteries below the knee

Chicago-based firm Abbott announced on 3 September it was starting the LIFE-BTK clinical trial — an investigational device exemption (IDE) trial to assess the safety and effectiveness of its Esprit BTK stent device.

The trial has been granted breakthrough device designation by the FDA, meaning normal review procedures and pre-market approval timelines have been streamlined. It will involve 225 patients across sites in Australia, Japan, New Zealand, Singapore and the US.

Abbott’s new device is intended to treat CLI, in which a patient’s blood vessels become blocked and blood flow to the lower extremities is impaired, leading to severe pain, wounds, and sometimes limb amputation.

The current standard of care for CLI is balloon angioplasty, which involves opening a small balloon – delivered via a catheter – inside the blocked artery to widen its opening and restore blood flow.

However, Abbott claims that blockages treated with balloon angioplasty alone have poor short- and long-term results, and in many instances the vessels become blocked again, requiring additional treatment.

There are currently no drug-eluting stents (DES) — like Abbott’s Esprit BTK device — drug-coated balloons (DCB) or bare-metal stents (BMS) approved for use below the knee in the US.

Unlike traditional metal stents, Abbott’s device is not a permanent implant, but instead acts as a ‘scaffold’ to provide support to the artery immediately after a balloon angioplasty, preventing the vessel from reclosing.

Once implanted, it delivers a drug over several months that promotes healing and keeps the artery open, while the scaffold is naturally resorbed into the body, dissolving much like a surgical suture.

Following the announcement that the first patient had been enrolled in Abbott’s LIFE-BTK trial, Dr Nick West, chief medical officer in the company’s vascular business, said: “Far too many people are impacted by peripheral artery disease, and this new drug-eluting resorbable scaffold is needed to offer meaningful improvements in how this disease is treated.

“Patients treated with balloon angioplasty often require repeat procedures on treated arteries, and therefore a drug-eluting resorbable device is ideally suited to provide mechanical support for the vessel, reduce the chance of vessel re-narrowing and then gradually disappear over time.”