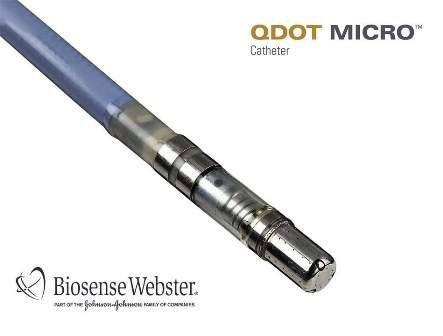 As part of the US investigational device exemption (IDE) study, Biosense Webster has treated the first AF patient with the Qdot Micro ablation catheter at NYU Langone Health’s Heart Rhythm Center in New York City, which is one of 30 centers involved in the study.

Biosense Webster is planning to recruit up to 185 patients in the study across the US.

Qdot Micro RF ablation catheter is only provided for investigational use in the US, and is claimed to be the first to deliver 90 watts of RF power in a short and four-second temperature-controlled session.

Current catheter technologies hold capacity to deliver RF ablation at an average power level between 20 watts and 40 watts and for a duration of 20 to 40 seconds, said the company.

The catheter is provided with temperature control and micro-electrode technology, which has been developed for consistent lesion creation with advanced diagnostics.

The Qdot Micro IDE is said to follow the onset of the Stellar US IDE study in November designed to assess the safety and effectiveness of the Heliostar multi-electrode radiofrequency balloon ablation catheter to treat symptomatic drug refractory recurrent paroxysmal (intermittent) atrial fibrillation.

Biosense Webster worldwide president Uri Yaron said: “The Qdot Micro RF ablation catheter is an example of the innovations we’ve been focused on developing to elevate the standard of care for patients with Cardiac Arrhythmias.

“We believe this ablation catheter will revolutionize the field of ablation and hope it will make a meaningful difference in outcomes for both physicians and patients, just as the first catheter created by our co-founder, the late Will Webster, did.”

Biosense Webster is engaged in the development of advanced technologies for the treatment of arrhythmia patients across the globe.