Biogen will use the ThecaFlex system to improve the treatment experience and accessibility for people suffering from neurological disorders, such as spinal muscular atrophy (SMA) and amyotrophic lateral sclerosis (ALS) 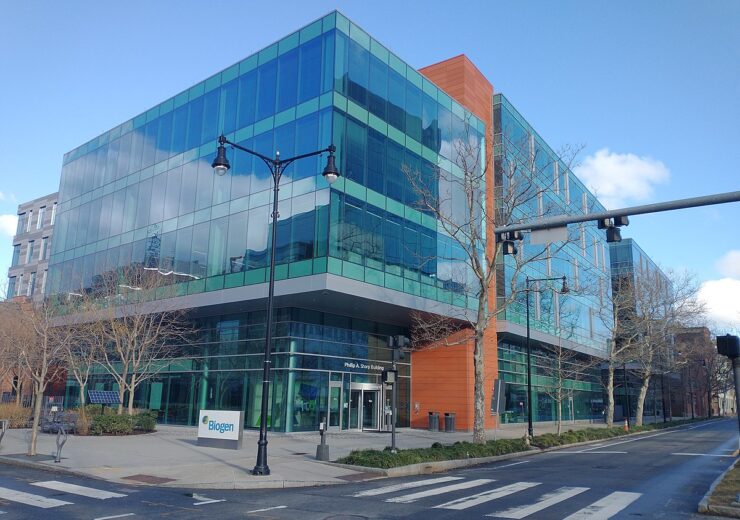 Biogen has entered into a licence and collaboration agreement with US-based biotechnology company Alcyone Therapeutics to develop the latter’s ThecaFlex DRx System.

Biogen aims to use ThecaFlex to improve the treatment experience and accessibility for people suffering from neurological disorders, such as spinal muscular atrophy (SMA) and amyotrophic lateral sclerosis (ALS).

Alcyone is eligible to receive up to $41m in potential milestone payments, contingent on achieving certain development and commercial milestones.

Both companies will jointly work on the clinical development of the ThecaFlex DRx System for ASO therapies, while Alcyone will exclusively manufacture and market the system.

Biogen will initially evaluate ThecaFlex DRx System with SPINRAZA (nusinersen) in SMA, to create pathways for its wide portfolio of investigational ASO therapies.

Furthermore, the agreement allows expanding the collaboration, with the progress of additional ASO therapies in its pipeline, said Biogen.

Biogen R&D interim head Priya Singhal said: “We are continually listening to the neuromuscular disease community and whenever possible, adapting our work to meet their evolving needs for treatment and patient care.

“Biogen looks forward to working with Alcyone to explore the potential of this device, which we believe will provide greater flexibility to people with spinal muscular atrophy and other neurological disorders as well as their doctors in making the right treatment decisions.”

The ThecaFlex DRx system is a technology within Alcyone’s Falcon delivery platform.

It is an implantable intrathecal (IT) catheter, catheter fixation device, and subcutaneous port system designed to provide access to the cerebrospinal fluid (CSF) for IT bolus administration.

The ThecaFlex DRx System is said to be the first implantable device to enable routine subcutaneous administration of ASO therapies to the cerebrospinal fluid.

Alcyone has received a CE mark approval and the US Food and Drug Administration (FDA) Breakthrough Device Designation for its advanced drug delivery system.

“This agreement underscores Alcyone’s expertise in cerebrospinal fluid delivery technology which we believe will lead to an improved treatment experience for some people living with neurological conditions and their caregivers. We consider Biogen, a global leader, an ideal collaborator toward this mutual goal.”