The US Food and Drug Administration (FDA) has given its approval to Bedfont for its ToxCO, which helps in determining carbon monoxide (CO) poisoning. 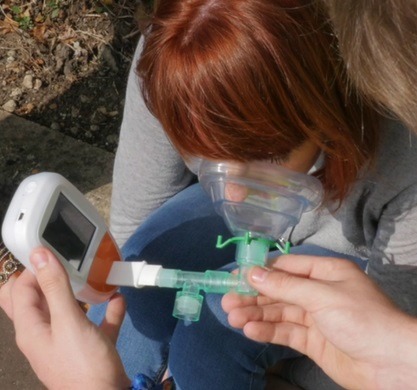 The UK-based Bedfont stated that its ToxCO breath analysis monitor can measure exhaled levels of carbon monoxide and give healthcare personnel an idea about the CO levels in the blood, allowing them to triage cases of CO poisoning.

The non-invasive method used by ToxCO is claimed to be different from the traditional methods and also gives instant results, saving time in critical situations. Breath samples can be taken using low-cost mouthpiece, allowing for point-of-care CO checking in mass casualties and can help in determining whether or not a patient needs to be treated at a hospital.

Those patients who are unconscious or injured, the facemask option can offer a modified sampling technique to know the level of CO poisoning.

The monitor can also automatically sample from ambient air, acting as an alarm when CO levels in a particular environment reaches harmful levels.

Bedfont managing director Jason Smith said: “Not only can our breath analysis monitor help to evaluate patients quickly and effectively for CO poisoning, but it can also reduce emergency department visits and hospitalizations. We are thrilled with the FDA approval of the ToxCO; we believe it will be game-changer for healthcare personnel in America.”

Bedfont has also selected CoVita to exclusive distribute ToxCO monitor in the US.

CoVita president Jason Aversano said: “the ToxCO will be a useful tool for healthcare professionals such as paramedics in Firefighter Rehab. We believe it will fundamentally change how people are assessed for CO poisoning in the United States.”

By mass screening patients on-site, the device can rule out unnecessary hospital admissions and save valuable time. Furthermore, it can also support emergency services by alerting them in situations where high levels CO exist, safeguarding them from health hazards.