Axonics to supply Sacral Neuromodulation System to University of Tennessee 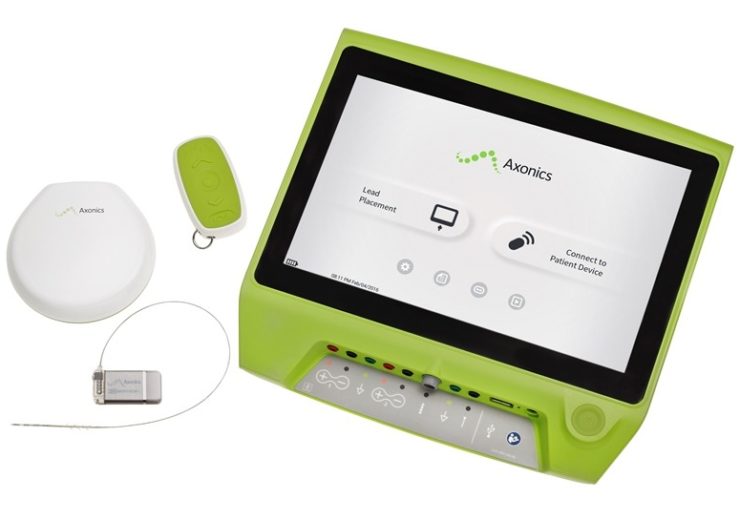 Image: Axonics to supply its Sacral Neuromodulation System to the University of Tennessee medical centre. Photo: Courtesy of Business Wire.

-Axonics Modulation Technologies, Inc. (NASDAQ:AXNX), a medical technology company that has developed and is commercializing novel implantable rechargeable sacral neuromodulation (“SNM”) devices for the treatment of bladder and bowel dysfunction, today announced that it has entered into an agreement to supply the Axonics r-SNM® System to The University of Tennessee Medical Center (UTMC) in Knoxville, Tennessee.

UTMC has been implanting SNM devices for more than a decade and is among the first hospitals in the United States implanting the Axonics r-SNM® System for its patients.

The Axonics r-SNM System was recently approved by the U.S. Food & Drug Administration (“FDA”) for overactive bladder as well as urinary retention and fecal incontinence. The Axonics long-lived rechargeable implantable device is full-body MRI compatible and provides relief for patients suffering from bladder and bowel function and control issues.

C. Bryce Bowling, MD, FACOG, FACS, a Urogynecologist at UTMC/UT Urogynecology and Division Director of Female Pelvic Medicine & Reconstructive Surgery, said, “UT Medical Center is committed to assisting women who are suffering from pelvic floor disorders. It is unfortunate that this population is suffering and for the most part, unaware there are numerous treatments available to help alleviate symptoms and correct anatomic and neurologic related conditions. We believe that offering the latest technology in sacral neuromodulation is important for our patients. We are impressed with the efficacy results from the ARTISAN-SNM clinical trial and the tangible and significant features of the Axonics r-SNM System, including the long life of the implant and MRI compatibility. Both the urogynecology and urology departments at the medical center are currently implanting the Axonics system. We look forward to working with Axonics for years to come.”

ARTISAN-SNM was conducted at 14 centers in the U.S. and five centers in Western Europe. The study met all primary and secondary endpoints and demonstrated that implanted patients received clinically meaningful and statistically significant improvements in urinary incontinence symptoms and quality of life. At the study endpoint of six months post-implant, 90% of all 129 implanted patients were therapy responders. At one year, the efficacy remained consistent with an 89% responder rate. The vast majority of implanted patients experienced a significant reduction in urgency incontinence episodes. No serious device-related adverse events were reported.