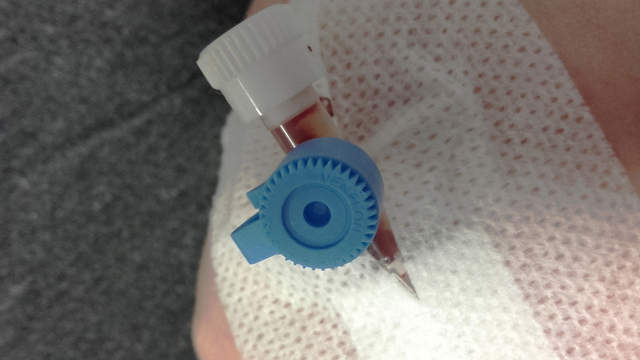 Pantheris SV is a line extension of the Pantheris family of catheters, the first and only image-guided atherectomy devices for the treatment of PAD. Designed with a lower profile and longer length, Pantheris SV is intended to expand the number of addressable procedures for Pantheris by allowing physicians to target lesions in smaller diameter vessels and more distal regions of the vasculature.

Pantheris SV incorporates key improvements introduced to the platform with the clearance of the next generation Pantheris system in May this year, including a stiffer shaft for increased pushability, a refined OCT imaging system, a more robust nosecone, and an enhanced cutter design.

“There is a lack of long-term durability noted with other treatment options in this area of the vasculature. However, the concept of pairing onboard image-guidance with a directional atherectomy system could provide a number of significant clinical advantages, including an enhanced safety profile, the ability to maximize luminal gain without causing vascular injury, and a potential enhancement in the uptake of anti-restenotic drug therapy.”

Avinger president and CEO Jeff Soinski said: “This submission represents an important milestone in positioning the company for growth in 2019. We are hopeful that this filing will lead to U.S. market availability of Pantheris SV by early 2019, which we believe would allow us to address a significantly larger portion of the estimated $500 million atherectomy market. We are excited to get this next generation small vessel device into the hands of Lumivascular physicians.”

Atherectomy is a minimally invasive treatment for PAD in which a catheter-based device is used to remove plaque from a blood vessel. Lumivascular technology allows physicians, for the first time ever, to see from inside the artery during an atherectomy procedure by using an imaging modality called optical coherence tomography, or OCT, that is displayed on Avinger’s proprietary Lightbox console.

Physicians performing atherectomy with other devices must rely solely on X-ray as well as tactile feedback to guide their interventions while treating complicated arterial disease. With the Lumivascular approach, physicians can more accurately navigate their devices and treat PAD lesions, thanks to the real-time OCT images generated from inside the artery, without exposing healthcare workers and patients to the negative effects of ionizing radiation.