Molecular diagnostics company Asuragen has launched AmplideX PCR/CE HTT Kit, a test for the detection of CAG trinucleotide repeats within the HTT gene, aberrations which are associated with the development of Huntington’s Disease (HD). 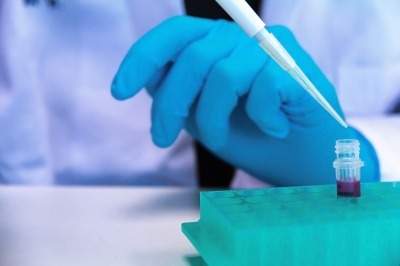 Asuragen stated that the HTT Kit adds to its portfolio of genetic assays for genotyping variants including FMR1, C9orf72, TOMM40, DMPK, and SMN1.

The company said HD is a progressive, autosomal dominant and fatal neurodegenerative disease which involves slow worsening of motor movement, cognitive impairment and psychiatric disorders. The disease is defined by the presence of ≥40 pathogenic CAG repeats in exon 1 of the HTT gene.

The AmplideX PCR/CE HTT Kit has single-well PCR workflow with the ability to detect and size expansions with >200 CAG repeats in as few as six hours. The kit offers all the required reagents to accurately size these expansions from as little as 10 ng DNA isolated from whole blood.

Asuragen’s AmplideX technology, the assay’s two-primer design addresses sample zygosity and preserves the CAG repeat profile even in the presence of adjacent SNPs.

Similar to other assays within the AmplideX portfolio, the assay is indicated to be used on an established suite of Applied Biosystems Genetic Analyzers such as 3130, 3500 and 3730 platforms.

Asuragen president and CEO Matthew McManus said: “AmplideX technology continues to demonstrate best-in-class performance and broad reach with the addition of HTT to our genetics portfolio.

“For the laboratories tasked with analyzing these challenging targets, we provide them with the tools they need to report their results quickly, accurately, and confidently.”

Last month, the company secured CE marking and had launched its AmplideX DM1 Dx Kit, a kit which simplifies the analysis of repeat expansions within the DMPK gene and is intended to aid in the diagnosis of Myotonic Dystrophy Type I (DM1), also known as Steinert’s Disease.

DM1 is an inherited form of muscular dystrophy that affects about 1 in 8,000 people worldwide. This condition is associated with repeat expansion of 50 CTG trinucleotides or greater in the DMPK gene. The severity of the disease is positively correlated with the number of repeats.